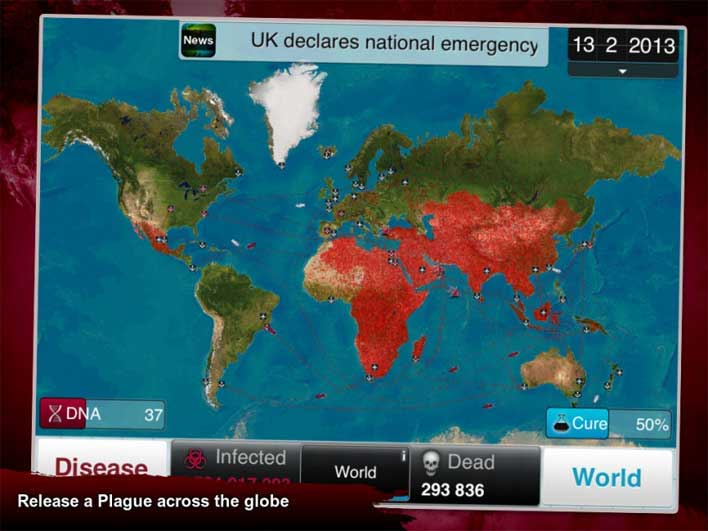 Plague Inc. is a video game that has been around for many years. The point of the game is to allow players to evolve an illness with the ultimate goal of destroying humanity. The CDC has praised Plague Inc. as providing a non-traditional route to raise public awareness on epidemiology, disease transmission, and disease/pandemic information. The Chinese government, however, has now removed Plague Inc. from the China App Store.

Ndemic Creations stated on its website that the Chinese government had pulled the game and that there was nothing it could do about the removal. Ndemic says that it was informed the game "includes content that is illegal in China as determined by the Cyberspace Administration of China." The company noted that "this situation is completely out of our control."

Ndemic says that it has a "huge amount of respect" for Chinese players and is devastated that players in the country can no longer access the game. The developers also say that they are currently working with major global health organizations to figure out how they can best support the efforts to contain and control the coronavirus. The company notes that while it is working hard to get the game back into the hands of Chinese players, it is a "tiny independent games studio in the UK," and the odds are stacked against it. It has reached out to the Cyberspace Administration of China to try and understand the concerns.