Google unveiled the design of its upcoming Pixel Watch at Google I/O earlier this year, but left pricing and release date information sparse. The company simply stated that the smart watch is coming some time this fall. However, an anonymous tipster claiming to have inside information has passed along some details to 9to5Google. Assuming these details are accurate, the Pixel Watch will launch alongside the Pixel 7 and 7 Pro handsets.

Another leak from earlier this month pegged the Pixel 7 and 7 Pro as available for pre-order starting October 6, with the devices actually becoming available on October 13. The new Pixel Watch rumors have the wearable following this same release schedule, rather than launching independently. As for price, 9to5Google claims the LTE model will bear a $399 price tag. This price would undercut the Apple Watch Series 7, which starts at $399 but bumps up to $499 for the LTE model. However, the Samsung Galaxy Watch 5 LTE edition is cheaper than either of these options, starting at $329. 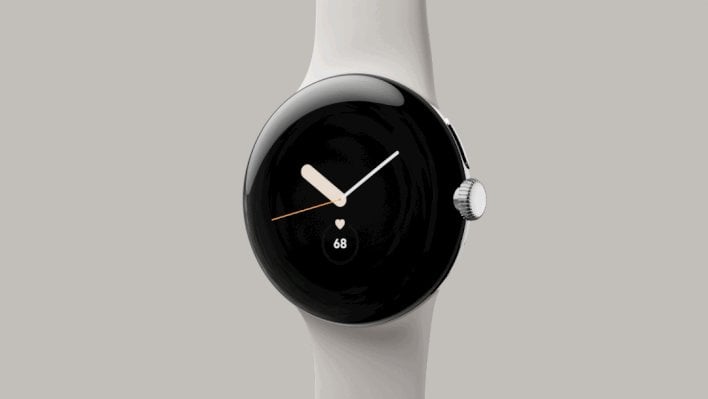 Besides the launch date and price tag, we know that the Pixel Watch will ship in three different colors: silver, black, and gold. Ignoring the straps, the circular device is about 40mm wide and 14mm thick and features a button and a rotary crown on the side. Since Google previously acquired Fitbit, the health sensors in the Pixel Watch may be derived from Fitbit watches, namely the Fitbit Charge 5 and Luxe.

FCC listings also reveal that the Pixel Watch will have a magnetic charger that connects to USB-C ports. This charger will provide power to a 300mAh battery said to last around a day on a full charge. Lastly, an anonymous source told 9to5Google that the Pixel Watch will use Samsung’s Exynos 9110 paired with a co-processor, as well as 1.5GB of RAM and 32GB of storage. Most of what we know about the Pixel Watch at this point is based on leaks and rumors, including the new price tag and launch date details, so we’ll have to see whether this information turns out to be correct.