Following months of speculation and rumors, first renderings of what the Google Pixel Fold phone may look like, based on insider information, has been released.

Google has been flooding us with Google products this year, but one of the most talk-about, most rumored home baked device is the Google Pixel Fold folding smartphone. The release date is speculated to be around or at the same time as the Pixel Tablet, which is in May 2023. Regardless, that hasn't stopped tech analyst Jon Prosser (with help from 3D artist Ian Zelbo) from using information provided to him by industry sources to share renders of what the upcoming phone could look like. 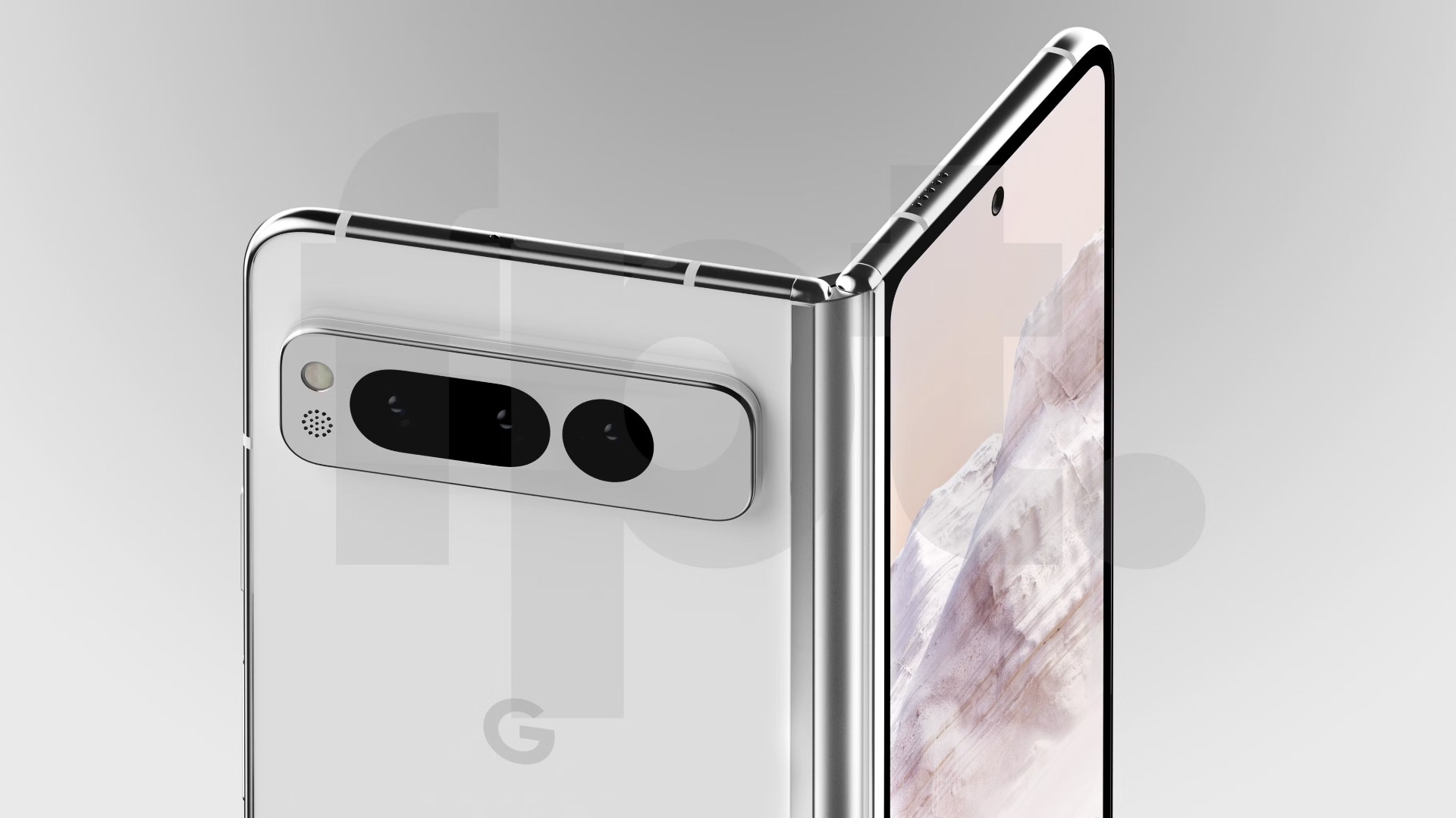 The renders look like something out of a Google catalog, giving off a hint of Pixel 7 Pro in the design, albeit with the obvious fold and some other differences. The exterior display carries a center-aligned punchhole with minimal bezels. If it holds true, the thinness of the unit would be fantastic, as long as Google doesn't forget to stuff a high-capacity battery in there. The camera package is now a mesa, instead of the sloped island of the Pixel 7 series. While it looks nice, it is bound to be extremely wobbly when fully unfolded on any flat surface.


Speaking of unfolded, some may be taken aback by the significant top and bottom bezels. Again, if this render is accurate, the bezels could be there to hide the front-facing camera as well as the speaker grills. A possible first by Google would be the use of a side-mounted fingerprint sensor as part of the power button.

Much of the technical specs is still unknown, but in terms of MSRP, Prosser's sources say that the Pixel Fold will go for $1,800. That's eye-wateringly high, coming in at the same price as a top-specced Galaxy Fold 4. Stay tuned to this space for more details as they become available.