Just before the expected Pixel 5 announcement at Google’s Launch Night later today, real life images of the device have leaked into the wild. Leaker Jon Prosser showed off the device in a series of photographs he called a “late-night Pixel 5 leak.”

Looking at the first image in the tweet, we get to see the front of the Pixel 5. The glass display extends over the top of the rounded even-sized bezels all the way around. On this device, Google has gone with a hole-punch camera rather the large bezel found on its Pixel 4/Pixel 4 XL predecessor, which housed the selfie camera and facial recognition hardware.

In the second image, we get to look at the rear of the device. Working from the top-down, there are two cameras and a flash inside the slightly raised camera bump covered by glass. Below that, we can see that the rear fingerprint sensor is making a return, so you can unlock your device when picking it up. On the side, we see the standard power button and volume rocker, which comes as no surprise. Covering everything up on the rear, it looks like Google has gone with a textured plastic body which would save them money, keeping in line with saving money on the specs. 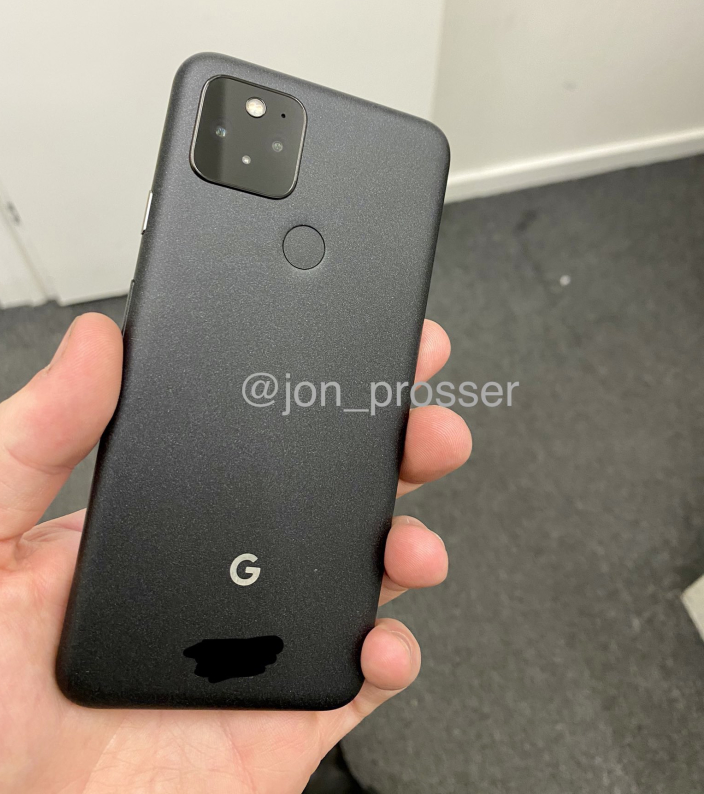 As far as specs go, those were leaked a few days ago. The leak confirmed a 6” 90Hz FHD+ display and a Snapdragon 765G under the hood. We expect to get more solidified details later, but with the new images we have received, and the leaked spec, the Pixel 5 looks and likely performs like a mid-range device. In any case, stay tuned to HotHardware as we cover Google’s Launch Night In at 2PM EST later today.