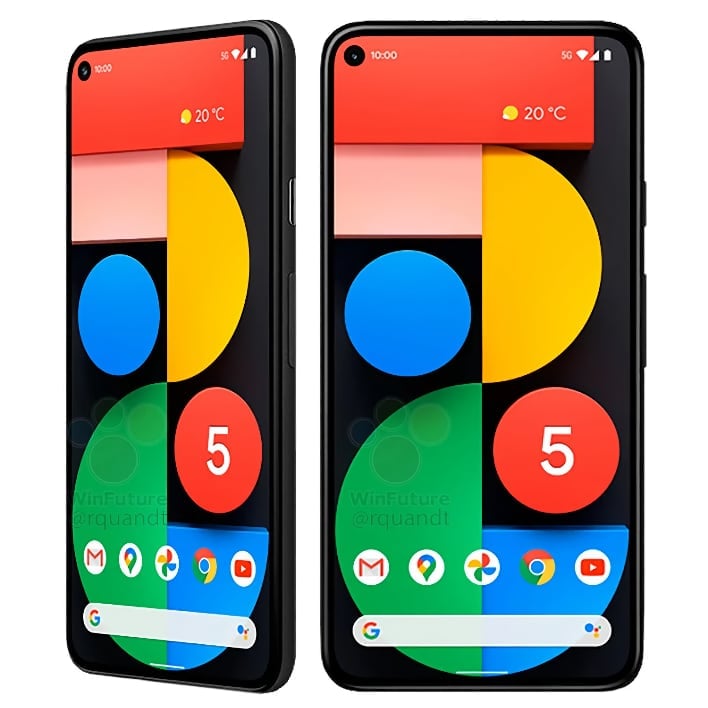 We’re roughly a week away from when Google is set to unveil its new Pixel 5 flagship, and the lesser Pixel 4a (5G). However, unlike previous years, Google is not using a top-of-the-line Qualcomm SoC for its flagship, which means that we won’t see the Snapdragon 865 or Snapdragon 865+.

The folks over at WinFuture have managed to not only grab confirmed specs for the upcoming Pixel 5, but they also have obtained new renders of the smartphone. The star of the show of course will be Qualcomm’s mid-range Snapdragon 765G SoC, which will come with 8GB of RAM and 128GB of internal storage. The inclusion of the Snapdragon 765G also means that the Google 5 is technically capable of supporting both sub-6GHz and mmWave bands courtesy of its Snapdragon X52 modem. However, according to the publication, Google is not including the necessary hardware to support mmWave on the Pixel 5, which would leave Verizon out of the equation (at least with respect to 5G support).

When it comes to the display, it’s confirmed that the Pixel 5 will feature a 6-inch 2340x1080 OLED panel with an aspect ratio of 19.5.9. Like the Pixel 4 that came before it, the display will have a refresh rate of 90Hz, which isn’t quite as fast as the 120Hz display in 2020 flagships. Unlike the Pixel 4, which had a big bezel at the top for its selfie camera and facial recognition hardware, the Pixel 5 has a simple hole punch cutout for the 8MP selfie camera. And Google has ditched the fancy facial recognition this time around in favor of a simple rear-mounted fingerprint reader. 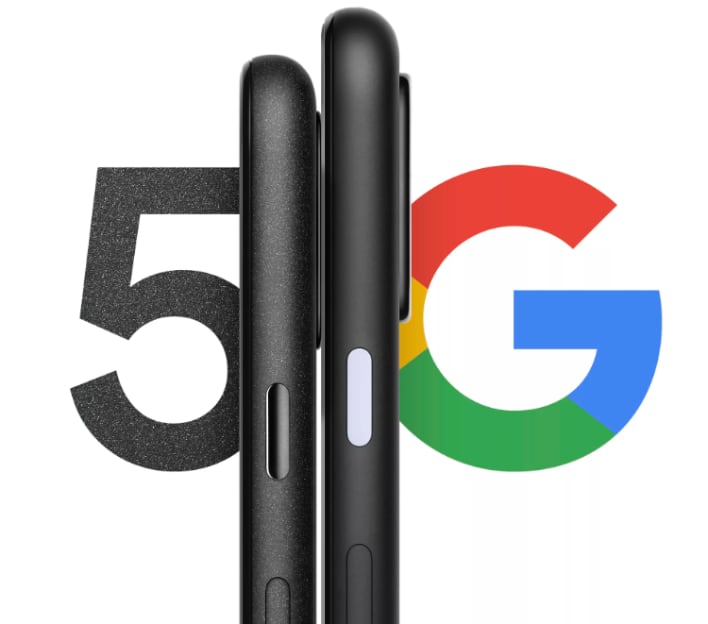 Joining the fingerprint sensor on the back of the phone are two cameras: a 12.2MP primary sensor with dual-pixel phase detection autofocus, and a 16MP wide-angle sensor (107-degree FoV). Other features include a 4,080 mAh battery with 18W USB-C fast charging.

Google’s big fall hardware event is set for September 30th, so that’s when we’ll see both the Pixel 5 and the Pixel 4a (5G). Google has already confirmed that the Pixel 4a (5G) will be priced at $499, but it hasn’t yet provided pricing details for the Pixel 5.