The console war between Microsoft and Sony is currently in a new generation, with the Xbox Series X/Xbox Series S battling it out against the PlayStation 5/PlayStation 5 Digital Edition. However, the consoles are broadly similar concerning internal hardware, with each sporting an AMD Zen 2-based Ryzen processor coupled with an RDNA 2 GPU.

But there's one PlayStation 5 hardware accessory that Xbox chief Phil Spencer seemingly wants for the Xbox family: DualSense. The DualSense controller uses haptic feedback instead of rumble for a more realistic "tactile" sensation while gaming. In addition, the adaptive triggers can have varying resistance based on actions taking place on-screen. Unfortunately, the Xbox Series S/X controller doesn't have any of these features... yet. 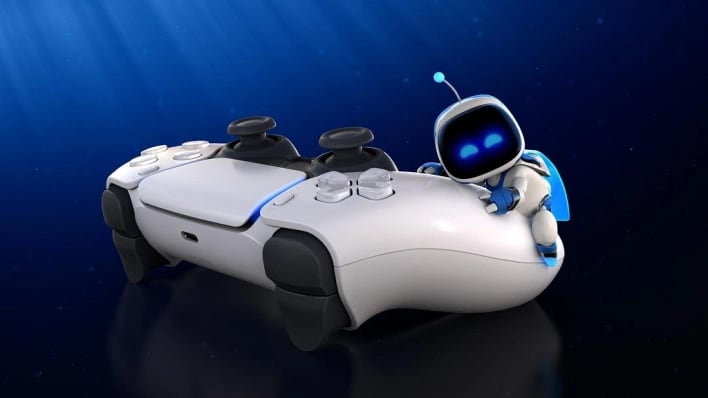 "We're definitely thinking about different kinds of devices that can bring more games to more places," said Spencer while speaking with Kinda Funny earlier this week. "There's probably some work that we'll do on the [Xbox] controller. I think Sony's done a nice job with their [DualSense] controller, and we kind of look at some of that, and there are things that we should go do."

It's interesting that Sony tried to rewrite the book with wireless controllers when it designed the DualSense controller. Sony even created a convincing and downright fun game/demo to showcase the capabilities of DualSense, Astro's Playroom, which is available as a free download with all PlayStation 5 purchases.

On the other hand, Microsoft decided to play it safe with its slightly smaller (compared to the previous generation) controller for the Xbox Series S/X without any significant feature improvements. Even if Microsoft decides to offer a redesigned Xbox controller down the line with similar features to DualSense, developers will have to update their games to take advantage of the features (particularly with adaptive triggers).

However, Spencer's comments aren't the first time Microsoft has expressed interest in Sony's DualSense controller. In January, Microsoft sent out a survey to Xbox Series S/X owners, which asked several questions, including if they thought that the console felt appropriately "next-gen." In one of the responses, the survey also mentioned, "I am aware of features on the PlayStation controllers that I wish were on the controller that came with this console."