The noisy convention floor of PAX East can be difficult ground for makers of audio accessories. That did not discourage the likes of high-end audio manufacturers Audeze (pronounced like “Odyssey”) and Antlion from making an impression at PAX East. Audeze focused on their gaming headphones at the show, but their models do not all have microphones. Fortunately, Antilion was also nearby showcasing their wireless ModMic system which can attach to any standalone headphones. Together, Audeze and Antlion can let audiophiles get in on the conversation without sacrificing any fidelity. 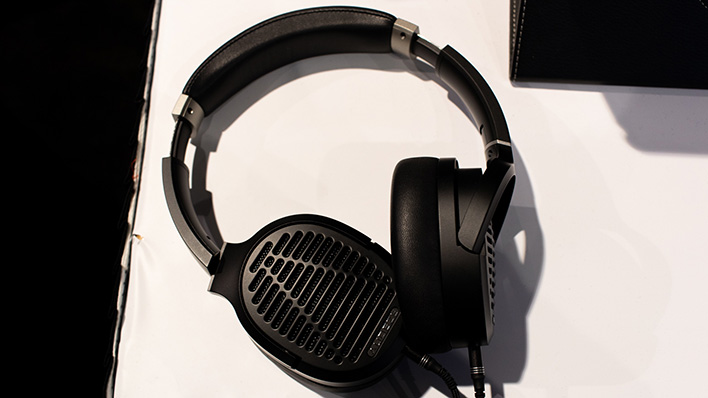 Audeze specializes in making open-back headphones with planar magnetic drivers. This system uses a very thin diaphragm suspended between very precise magnets lining both sides. The magnets vibrate the diaphragm with a broader frequency response range than traditional dynamic drivers. Audeze has a wide range of headphones available but focused on three gaming appropriate sets for the show: the stereo LCD-1 and LCD-GX, as well as the 7.1 surround capable Mobius.

The LCD-1 is Audeze’s newest model and is intended to be their entry-level option. These headphones feature a smaller construction than their other options and a folding design. We found they blocked out the rumble of the crowd remarkably well when we tested them on the show floor. They are rated for around 15 ohms of impedance. This makes them suitable to be driven by a standard 3.5mm headphone jack, but the quality does improve with a good amplifier and DAC. The LCD-1 headphones price in at $399 USD. This is a downright bargain for planar magnetic options.


The LCD-GX is better suited for listeners who want a no-compromises approach to their audio. We found the LCD-GX to have significantly more audio separation in comparison to the LCD-1. The audio quality has a very light and open feel, while the LCD-1 feels like the audio is more on top of you. Like the LCD-1, the LCD-GX can be driven by a standard 3.5mm headphone jack. However, an amplifier and DAC make a lot more sense at their $899 price point. 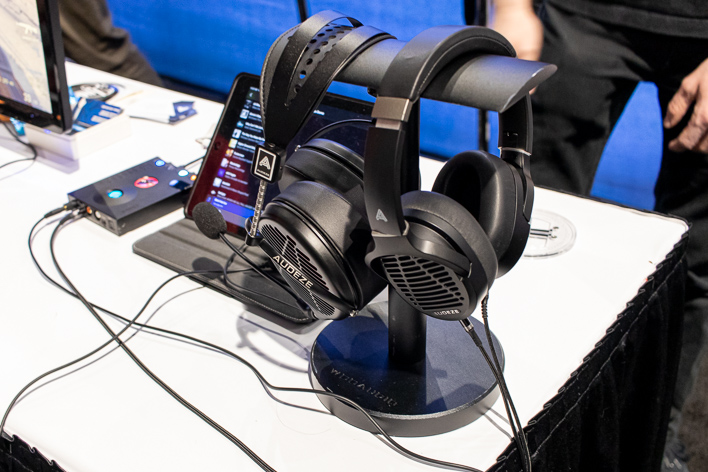 Finally, Audeze showed us their Mobius headset. The Mobius headset still uses planar magnetic drivers, but also incorporates NX technology from Waves. This technology processes 5.1 and 7.1 surround audio with head tracking. This system is particularly useful for first-person shooter fans. Gamers can spatially identify the source of in-game noises so that enemy sneaking up behind you sounds like it is behind you. The Mobius headphones also include a wide array of connection options which include 3.5mm analog, USB-A, USB-C, and Bluetooth. Impressively, this headset is also available for $399.

Antlion has you covered if you are in the market for high-end microphone-less headphones or simply want an option to add a microphone to their existing headphones. Antlion has previously created detachable microphones that can fit any pair of headphones with their 3.5mm analog ModMic Uni and USB-A connected ModMic USB.


Antlion was showing off their new ModMic Wireless at PAX East. The ModMic Wireless leverages Antlion’s magnetic attachment system but removes the need for a cable. The ModMic Wireless uses a dedicated aptX receiver rather than utilize traditional Bluetooth which can introduce unwanted latency. Antlion claims a 5x reduction in latency using this system to put it on par with wired microphones. The ModMic Wireless is spec’d to deliver high quality 16-bit, 48 kHz audio with a fairly standard 20 Hz to 20 kHz response range.

So in turn, we want to ask just how important is audio quality to you? Do you think audiophile-grade headphones are worth it for gaming, or does it only make sense paired with the finest FLAC tracks money can buy? In any case, make sure to check out our other coverage from PAX East 2020 here on the site.