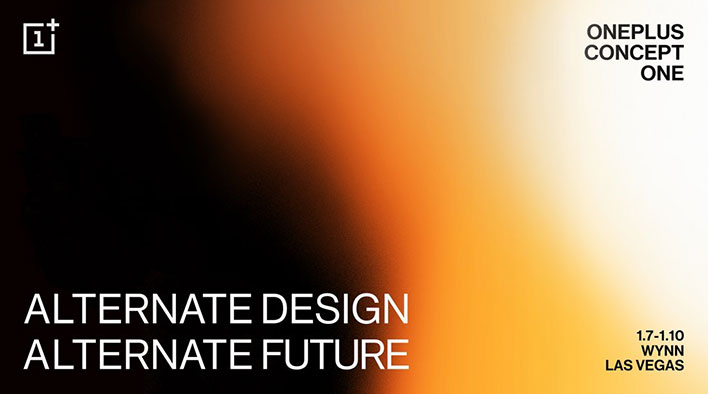 This may come as a shock to some, but OnePlus is designing another smartphone! Okay, so that's not exactly the surprise of the century (or year or month or...). But in addition to the usual hardware refreshes that OnePlus is known for, the company is also planning to showcase its first concept phone at the Consumer Electronics Show in Las Vegas next month.
That's right, OnePlus has never before introduced a concept smartphone. That will change in January when it trots out the appropriately named OnePlus Concept One, the company announced today on its six-year anniversary.
"For the past six years, OnePlus has been striving to share the absolute best in technology with the world, producing a total of 13 industry-leading smartphones. With this year's OnePlus 7 Pro, OnePlus delivered the world's first QHD+ AMOLED 90Hz display and set a new bar for the industry," OnePlus said.
OnePlus is not sharing many concrete details about the Concept One, except that it will not be a one-off phone—it figures to be the first in a series of concept designs. OnePlus also promises "an ever smoother, faster, and more 'burdenless' experience," whatever that means.

"The OnePlus Concept One demonstrates a vision of both new technology and alternate design approach for the future of smartphones," OnePlus said.
All we can do from this point is speculate, and to that end, the inclusion of a Qualcomm Snapdragon 865 processor seems likely, with 5G connectivity. Same goes for a display panel with a 120Hz refresh rate, and possibly even higher. Incidentally, ASUS was the first to pair a 120Hz refresh rate with an OLED panel on the ROG Phone II, and maybe OnePlus will do the same.

As for everything else, we'll just have to wait until next month to find out.