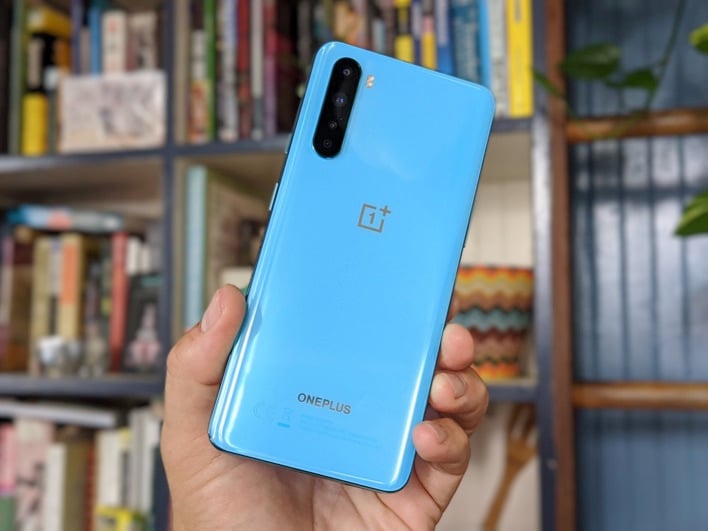 When we reviewed the OnePlus Nord back in late July, we came away impressed with the smartphone’s feature set, performance, and price. Delivering 5G connectivity for less than $499 is a great start, but OnePlus has no intentions of bringing that particular Nord to the United States, which is a bummer.

What we do now know, however, is that OnePlus is looking to expands its Nord brand into a whole family of devices, including models that will come to the United States. A fresh report from Android Central is indicating that a new model that is bound for this market will be called the Nord N10 5G, and that it will represent an even greater bargain for those that don’t want to spend a lot of money just to gain 5G access.

According to the report, the Nord N10 5G will not feature the popular Qualcomm Snapdragon 765G, which is also found in the standard Nord. That SoC is deemed too expensive to hit a lower price point. Instead, the Nord N10 5G will use Qualcomm’s newly introduced Snapdragon 690, which is its true entry-level 5G SoC. The Snapdragon 690 incorporates a Snapdragon X51 5G modem that has no provisions for mmWave support (which isn’t that big a loss at this time unless you’re on Verizon’s spotty 5G network).

Given its lower standing on the totem pole in Qualcomm’s chip lineup, don’t expect thrilling performance from the Snapdragon 690, however. With that being said, the Nord N10 5G will allegedly have a 6.5-inch FHD+ OLED display with a 90Hz display, 6GB of RAM and 128GB of storage, which is respectable. Although we don’t know how many cameras the smartphone will feature on the back, at least one of them will be a new 64MP sensor according to the report

Best of all, the OnePlus N10 5G is rumored to be priced in the United States at just under $400, which we take to mean $399. That would represent a remarkable bargain in the smartphone space, putting it $100 below the upcoming Google Pixel 4a (5G).