Leaked images of a set of true wireless earbuds from OnePlus called the OnePlus Buds have surfaced online. The photos reportedly come from an app that was uploaded to the web called OnePlus Pods. The images are taken from the app and show three available colors, and what the earbuds and their associated charging case look like.

As for where the app came from, it was reportedly discovered within the latest OxygenOS update for the OnePlus 8 smartphone. What we can see in the images is three different colors, including black, white, and light blue shade. Unfortunately, there is no indication of how long the earbuds will run per charge or how much power is inside the charging cases from the leaked photos. 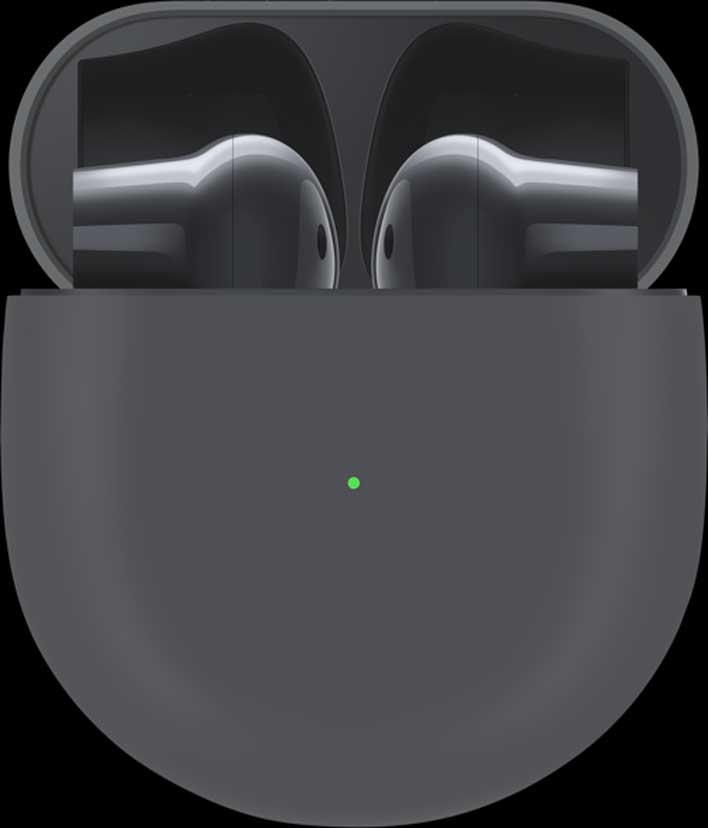 Past leaks have suggested there will be no wireless charging, which could be a turnoff for some users. However, the earbuds will reportedly support wired Warp Charge able to deliver up to 10 hours of playback after a 10-minute charge. Images of the open charging case show that the earbuds have what appears to be a larger opening that slides into the ear with an ergonomic bump towards the ear canal for comfort. No traditional ear tip is seen in the images.

Perhaps the most interesting of the leaked pictures are ones that hint at some features the OnePlus Buds will offer, including wireless translation capability. Interestingly, there is one image of a set of wireless earphones that look entirely different with no real explanation. It's somewhat unclear if the wireless translation feature is only for that larger set of earphones or if it works for the OnePlus Buds as well. It appears the translation feature is for both sets of earbuds. Other features hinted at in the images include active noise control, media controls, quick pairing, different EQ settings for various tasks, and a feature that helps find lost earphones.

In other OnePlus news, new details of the OnePlus Nord smartphone surfaced over the weekend, confirming the use of Google Phone, Duo, and Messages software.