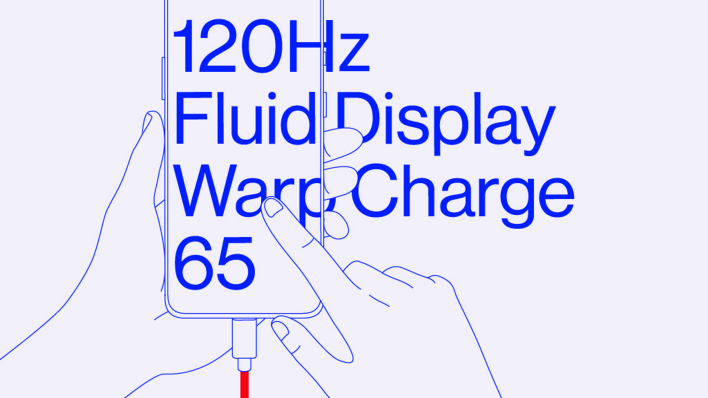 It did not take long for details about the upcoming OnePlus 8T to make their way into the world from the announcement the other day. Now, Pete Lau, CEO of OnePlus, and OnePlus themselves, tweeted about the 8T. These tweets confirmed 65W warp charging as well as a 120Hz display (a step up from the 90Hz display on the OnePlus 8).

The big thing coming to the OnePlus 8T is the new Warp Charge 65, a brand-new technology for OnePlus. According to OnePlus, Warp Charge 65 “is capable of filling up the OnePlus 8T’s 4500mAh battery fully in 39 minutes, and almost 58% in just 15 minutes.” It is not, however, shoving 65W into one battery as that could cause safety issues. The OnePlus 8T will feature a dual battery configuration, so both batteries will charge at 30+ watts each and theoretically stay cool too. If this is not enough, the phone will feature 12 temperature sensors to further ensure safety.

The other feature that has now been confirmed is the 120Hz display. This AMOLED display is coming from the OnePlus 8 Pro down to the 8T, as many people truly enjoyed it. The smooth display makes for better browsing, gaming, and reading experience overall.

The best of the best is now even better. $100 off OnePlus 8 and OnePlus 8 Pro starting today. Learn more https://t.co/O029HjXT0p

Since it only was four days after the OnePlus 8T launch announcement for details to come out, there must be more in OnePlus and Pete Lau’s pocket. Perhaps they will confirm the processor powering the new phone or memory specs soon. In the meantime, keep an eye on HotHardware as we look out for more OnePlus 8T details.