Since the start of COVID-19, people have been looking to get “out of the house” without actually going outside. As we enter the holiday season, VR can be an opportune way to do just that with minimal setup, depending on what you buy. The Oculus Quest 2 is Facebook’s standalone VR headset, and for under $400, you can get into the Quest 2 with the latest update that brings native 90Hz display support, a new fitness tracker, and more.

When the Quest 2 first launched, the first significant thing promised was third-party apps getting 90Hz display support in the future. This promise was crucial to the experience of the Quest 2, as higher refresh rates make VR more palatable. With update v23, 90Hz support gets expanded to all system software, and developers will get access to the tools to start shipping games with native 90Hz support. The first games that will get it soon include SUPERHOT, Beat Saber, Job Simulator, and several more. After they are updated, these games will look even smoother than before without any wires. 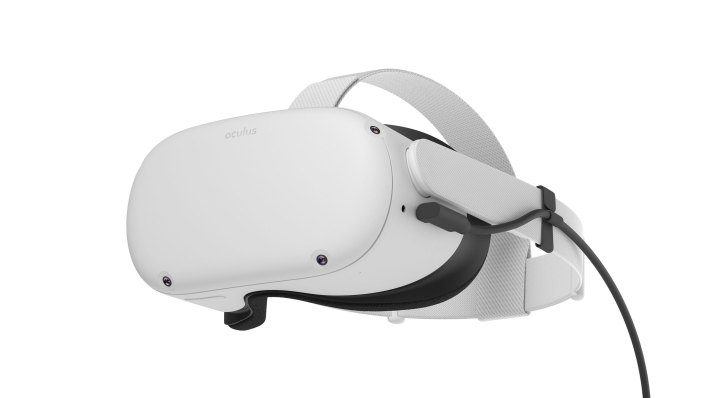 The next major update comes with the Oculus Link exiting beta. The Oculus Link allows Quest 2 owners to plug into a PC and enjoy more high-fidelity games powered by a powerful GPU. Update v23 also brings 90Hz support to the PC so PC gamers can enjoy the smooth gameplay in VR. Oculus has also “improved Oculus Link’s visual quality, and provided a new interface for managing your graphics settings.” This means you can now tune your VR experience a little bit easier than before. 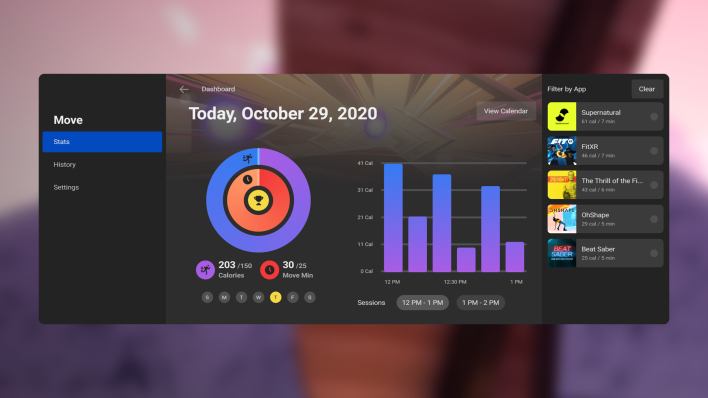 When people see VR, they may first think of the games, but getting fit is a nice side effect of playing immersive games. After you have jumped out of Beat Saber and realized your arms hurt and you are sweaty, you can now see data about your gamified workout. Next week, Oculus will be rolling out Oculus Move, “a system-level fitness tracker for both Quest and Quest 2 that works across all games and experiences, fitness-centric and otherwise.” It will track estimated calories burned and your active time, sort of like a smartwatch. There will even be goals you can set if you want VR to be your workout regime. If you want to get your hands on the app and do not see it immediately when the launch happens, do not worry as “It’s coming, and soon!”

Finally, if you can’t share VR with a friend but want to send them a gift, you will be able to do so in the Oculus Store. Later in the month, Oculus will roll out the feature called “App Gifting,” where you can purchase any app in the store and send it to a friend. As the Oculus team explains, “With the holidays right around the corner, it’s the perfect time of year to gift a few games to the Oculus owner in your life, and we're excited to get this feature in your hands. After all, we're only a week away from the Black Friday Oculus Store sale...”

While the Oculus lineup has some caveats, like requiring a Facebook account, these new features make the Quest 2 more enticing. Simply looking at VR's future, Oculus and Facebook are making the barrier to entry lower and the ease of use higher. If you want to jump into or send the give of a Quest 2 this holiday season, you can learn more on Oculus’ site.