For many people, the dream of picking up an NVIDIA RTX 30 Series GPU was stymied by shortages and crypto hysteria over the past few years, but there's good news: the 40 Series is just around the corner. Now that the next-gen GPUs are official, NVIDIA is talking details, including what kind of power supply you're going to need for these new, super-powerful video cards.

These numbers are all in the same neighborhood as the last-gen cards. The 4090 is the same as the 3090 Ti, but the RTX 4080 16GB is 30W lower than the RTX 3080 Ti. The 12GB variant of the 4080 is even lower, offering a 65W savings versus the 12GB 3080. However, the 40 Series GPUs do move to the new PCIe Gen 5 power adapter. There will be an included adapter that allows you to use your current PSU cables, but there are some benefits to the new version. 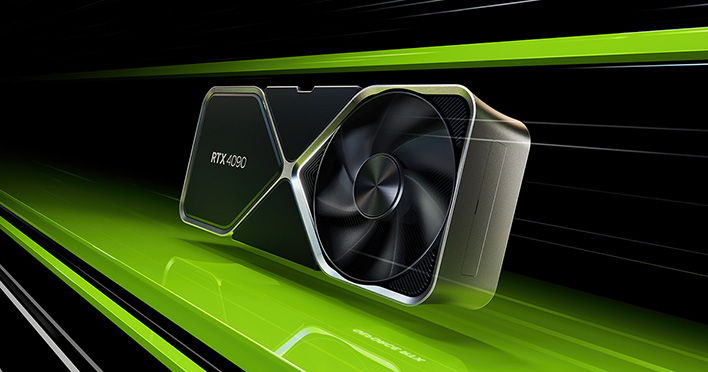 A few manufacturers, like MSI and Seasonic, have announced ATX 3.0 power supplies with PCIe Gen 5 support, but they won't be widely available until later this year. When they arrive, you'll be able to connect the 40 Series GPUs with a single cable. Otherwise, you're going to have to plug in three or four 8-pin PCIe cables. Either of the announced GPUs will work with three cables, but the fourth on the 4090 will allow the card to intelligently increase headroom for overclocking.

The RTX 4090 will launch on October 12 at an MSRP of $1,599. If that obscene price tag is unappealing, the RTX 4080 will come in November for $899 (12GB) and $1,199 (16GB). These are just NVIDIA's Founders Edition cards. Other OEMs will release their variants soon, but don't expect them to be cheaper. NVIDIA has grown accustomed to high GPU prices over the past few years.