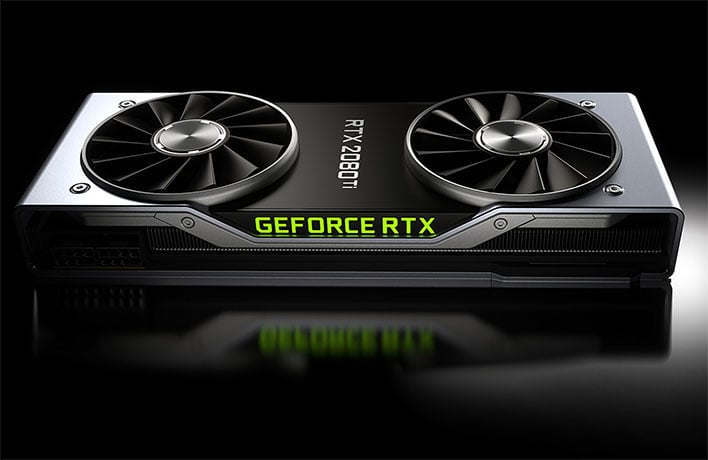 We all know that NVIDIA will be launching new graphics cards this year, with its next-generation Ampere GPU on the horizon. Before Ampere hits the scene, however, NVIDIA may have a limited edition Turing card waiting in the wings, one that might coincide with the launch of CD Projekt RED's highly anticipated Cyberpunk 2077 video game later this year. Or perhaps that too will be an Ampere part.

Barring another delay, Cyberpunk 2077 is scheduled to launch in September 2020. There's been chatter of Ampere possibly being introduced at NVIDIA's Graphics Technology Conference (GTC) in March, and who knows when actual cards based on the next-gen GPU will land at retail. Either way, NVIDIA is teasing something interesting on Twitter. Have a look... 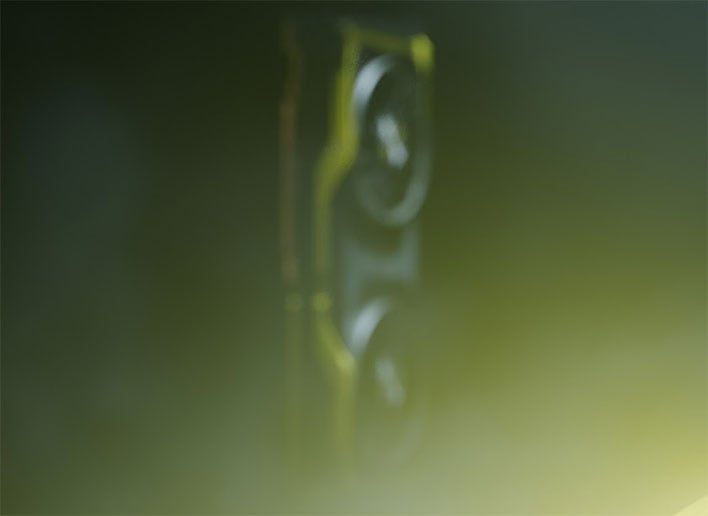 NVIDIA posted the teaser on Twitter in response to the official Cyberpunk 2077 accounting asking, "Hey @NvidiaGeForce, what do you think about making a limited edition #Cyberpunk2077 GPU?" NVIDIA's response was, "Stay tuned," along with a sly emoji and the above photo of a mysterious graphics card covered in fog.
We obviously can't see a whole lot in the teaser, though the basic outline resembles NVIDIA's GeForce RTX 2080 Super. It's entirely possible NVIDIA will launch a Cyberpunk 2077-themed GeForce RTX 2080 Super, and it could even do it sooner than later (NVIDIA wouldn't necessarily have to wait all the way until September). Or maybe NVIDIA will announce the rumored GeForce RTX 2080 Ti Super at GTC, along with a limited edition Cyberpunk 2077 model.
It's all on the table. Whatever it is, we have a strong feeling CD Projekt RED is in on the surprise—the Twitter exchange reads like a clever bit of marketing, rather than an off-the-cuff discussion. Somewhat related, we already know the upcoming game will feature real-time ray tracing, with NVIDIA previously saying "GeForce RTX is an official technology partner for Cyberpunk 2077".

Whatever the mysterious card is in the picture, we suspect it will be announced soon.