NVIDIA is making big strides in 3D graphics, obviously with its latest Ampere-powered GeForce RTX 30 series, but the focus is not entirely on consumer products. Behind the scenes, it takes some intense development for the kind of scenes that companies like Pixar push out. To help with those sort of projects, NVIDIA unveiled its Omniverse platform available later this year as an open beta.
Not to be confused with a multiverse, NVIDIA's Omniverse platform has nothing to do with comic book heroes (not directly, anyway). So what exactly is it? It is basically a virtual environment where engineers and creators are able to collaborate on 3D projects at the same time, without interfering with one another. And it is a potential game changer.
I mentioned Pixar because Omniverse is based on the company's popular Universal Scene Description (USD) format, used by a range of companies from Apple to Unity. It is filled with helpful features, such as layering, which is key to collaboration. Every artist can work on their own layer, so for example one person could mold the modeling while another works on shading, both at the same time.
"Physical and virtual worlds will increasingly be fused," NVIDIA founder and CEO Jensen Huang said. "Omniverse gives teams of creators spread around the world or just working from home the ability to collaborate on a single design as easily as editing a document. This is the beginning of the Star Trek Holodeck, realized at last." 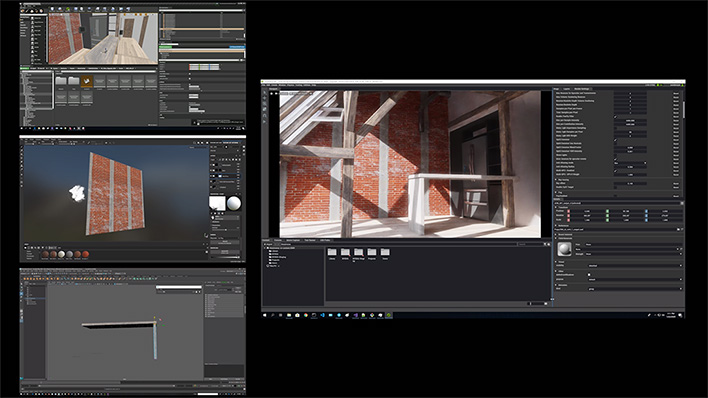 As it relates to that, Omniverse is also the world's first RTX-based 3D simulation and collaboration platform that fuses physical and virtual worlds, in order to simulate reality in real time and with photorealistic detail, NVIDIA says. Sort of like jointly editing a word processing document, Ominverse enables remote teams to work on 3D projects at the same time.
In that regard, NVIDIA likens its platform to a metaverse for 3D engineers.
"The metaverse analogy is excellent," NVIDIA's Richard Kerris said. "It’s actually one that we use internally, quite a lot. You’ll be able to collaborate anywhere in the world in this virtual environment. And your workflow is key, whether you’re an end user or developer. So we really are excited about it as a platform."
Indeed, NVIDIA created Omniverse for its own projects, and is opening it up to the world. And some big names are among the platform's early adopters, including not just Pixar, but also Industrial Light and Magic, a Lucasfilm company that works on special effects for franchises like Star Wars.
NVIDIA says the Omniverse open beta will be available this fall.