There was plenty of disappointment to go around when NVIDIA announced last month that it would have to cancel its in-person GPU Technology Conference (GTC). The company then announced that the event would shift to digital-only in the wake of the COVID-19/coronavirus pandemic, only to later reveal that new product announcements would be not be made.

Well, today, NVIDIA is getting things back on track with the announcement that the official GTC 2020 keynote will take place on May 14th, with none other than CEO Jensen Huang commanding the microphone. The event will be streamed live via YouTube beginning at 9am EST. There will be plenty of topics to discuss during the event, with NVIDIA planning to reveal its latest hardware surrounding artificial intelligence/deep learning, autonomous driving, robotics and even professional graphics.

But of course, what most everyone in the enthusiast community wants to hear about is Ampere, which is the rumored next-generation GPU architecture that will underpin both its consumer and professional graphics products. Geekbench entries that have been making the rounds for the past few months allege that high-end configurations [likely Tesla GPU accelerators] could come stacked with as many as 124 CUs and 7,936 CUDA cores. 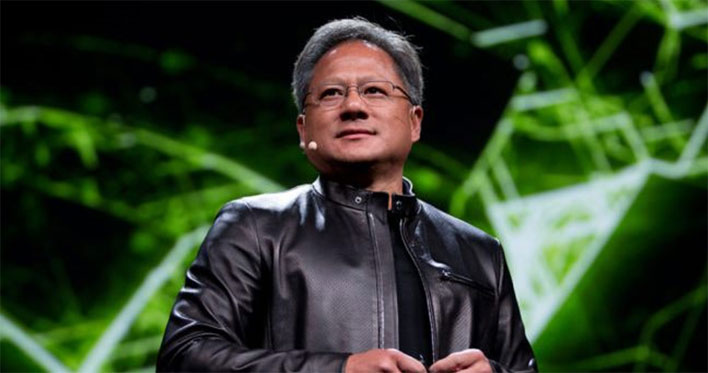 This particular GPU was listed with 32GB of RAM, along with base and boost clocks of 1,100MHz and 1.2GHz respectively. Of course, consumer-level GeForce RTX 3000 cards wouldn't offer as many CUDA cores, but we'd expect some major performance gains over the current Turing-based GeForce RTX 2000 graphics cards. It’s expected that these new Ampere GPUs will also be built on the 7nm node, compared to 12nm for Turing. This would allow for some healthy performance-per-watt gains over the previous generation.

In other news, despite the global economic slowdown attributed to COVID-19, NVIDIA announced in an open letter to employees that it is not using this opportunity to reduce its workforce. Instead of layoffs, NVIDIA is giving all of its employees raises with a cash infusion that totals in the tens of millions of dollars. NVIDIA says that it’s in a position to do this because it has a healthy “rainy day” fund and PC sales have been strong due to people around the globe needing to work from home.

"It's going to be a tough few weeks. Stay home. We'll beat COVID-19 back together. If you need us, we're here," said Huang