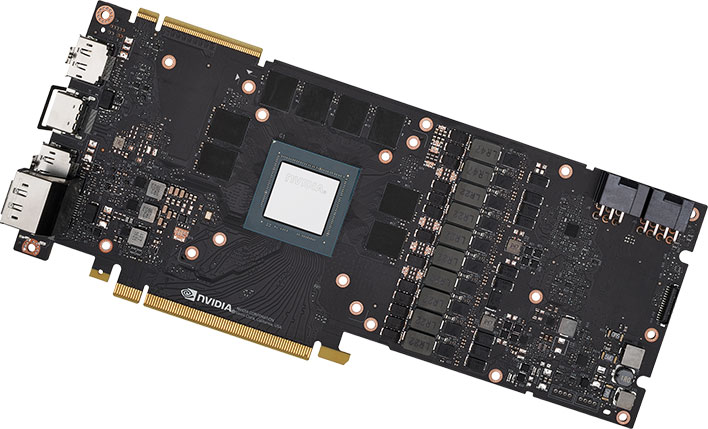 Are we having fun with all of the Ampere rumors yet? If the answer is yes, then let's keep the good times rolling. Just last week, an assumed Ampere GPU flexed its muscles on Geekbench, with the benchmarking database showing the mysterious entry as having 118 compute units (CUs), 7,552 CUDA cores, and 24GB of memory. Well, there's another database entry that potentially highlights an even burlier version of Ampere.
Granted, all of this information could be the result of Geekbench reading things wrong, or clever users manipulating things to report false specifications. Likewise, we might not even be looking at Ampere. But where is the fun in disclaimers? Still, we need to point them out when dealing with stuff like this, because nothing is ever certain when it comes to leaks.
In any event, after prominent leaker and Twitter user @_rogame pointed out the database entry, another user (@W_At_Ar_U) spotted another interesting entry, and responded to the Twitter thread with a link to it. Here's the listing in question... 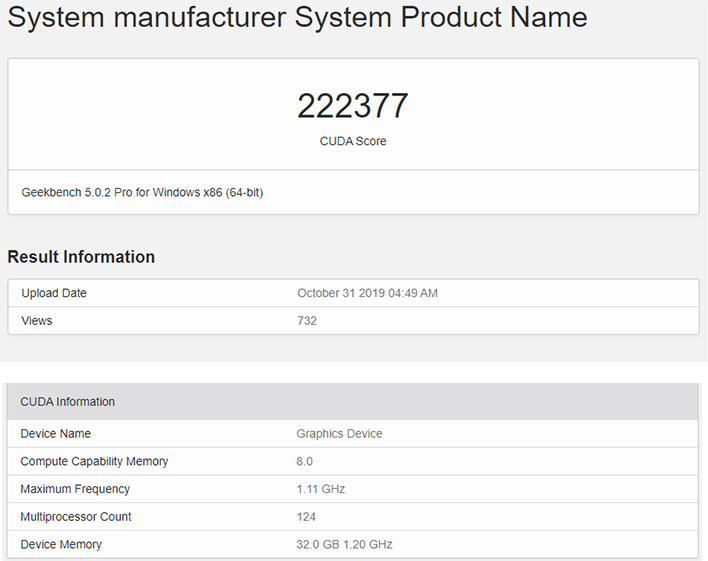 The listing shows the GPU as having 124 CUs for 7,936 CUDA cores (based on each streaming multiprocessor having 64 CUDA cores) clocked at 1,100MHz, and 32GB of HBM2e memory (assuming NVIDIA goes that route) clocked at 1,200MHz. For reference, NVIDIA's Tesla V100 sports 5,120 CUDA cores.
There's also another listing that shows 118 CUs for 7,552 CUDA cores clocked at 1,100MHz, with 24GB of HBMe2 memory running at 1,200MHz, and yet another showing 108 CUs for 6,912 CUDA cores clocked at 1,010MHz, and 47GB of HBM2e memory. As we stated in a previous article, the 47GB reading is probably wrong.
What does this all mean? Well, rumor has it Ampere will scale to 128 CUs for 8,192 CUDA cores, though whether it becomes available or not remains to be seen. As Videocardz points out, NVIDIA's GV100 (Volta) GPU shipped with 80 streaming multiprocessors, even though a full version sports 84 SMs.
If that's the case, the leaked entry pointing to 124 CUs on Ampere could be a next-generation version of Tesla.
This is all speculation, of course, and hopefully NVIDIA will offer some clarity during GTC. Which, by the way, is going to be an online-only event this year because of the coronavirus outbreak.