Summer is nearly upon us and as the dog days of the hotter months of year begin to dwindle, NVIDIA is expected to heat things back up with a new round of graphics cards based on its next-generation Ada Lovelace graphics architecture. The question is, should you buy a card now as prices trend back towards MSRP levels, or hold off for what's around the bend?
The answer depends on your specific situation and whether or not you're comfortable buying into current-generation tech when new hardware is within view. Generally speaking, we rarely advocate playing the waiting game, because something better is always on the horizon, to some extent.
That said, it's helpful to know when exactly the new cards are arriving. Officially, we don't know because NVIDIA has not announced anything yet. But unofficially, leaks and rumors may give us an idea. Let's started with the rumored launch order for Ada Lovelace... 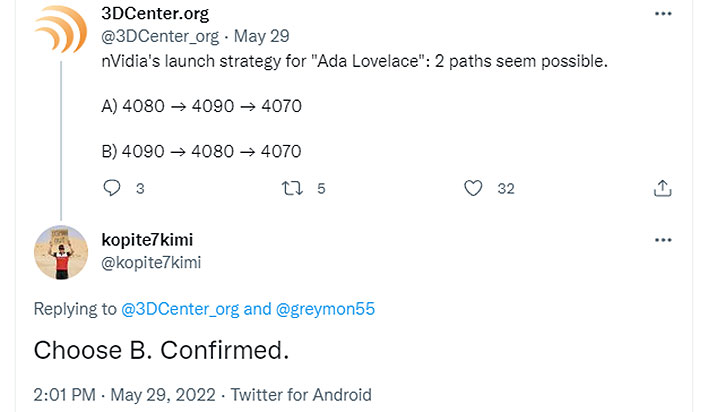