It is never too early to discuss what might come next in the PC hardware space, and as it relates to NVIDIA and its GPU roadmap, its latest generation Ampere architecture is now a little over a year old. The big question is what does NVIDIA have in store for its eventual GeForce RTX 40 series. And the answer? Quite possible Ada Lovelace.
Nothing is ever truly written in stone until a company makes an official announcement, and even then, chiseled plans can sometimes crumble. Nevertheless, leaker Greymon55 is very confident NVIDIA will power its next generation graphics cards built for gaming with Ada Lovelace, which is a GPU codename that has popped up in past rumors. 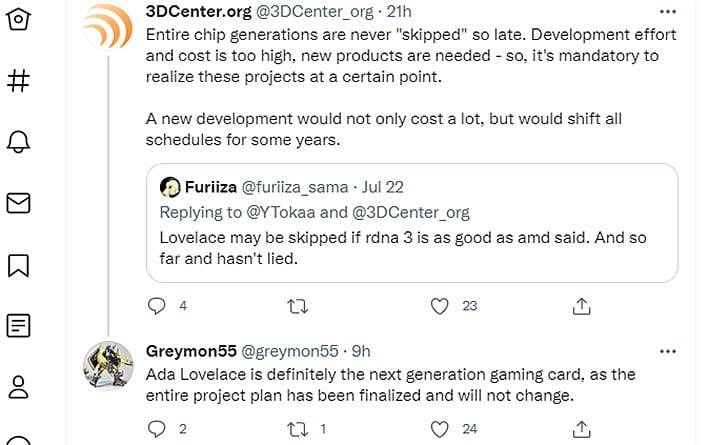 Greymon55's comment about Ada Lovelace powering next-gen gaming cards can in response to a rumor that NVIDIA might skip the architecture if AMD's own third generation Radeon DNA (RDNA 3) comes up short of performance expectations. According to the leaker, "the entire project plan has been finalized and will not change."
In a separate Twitter post, the leaker responded to a question about the Ada Lovelace's manufacturing. Greymon55 is apparently supremely confident about that as well, saying it will 100 percent be built on TSMC's 5-nanometer node, they are "not sure if it's N5 or N5P yet."
When it comes to leaks and rumors, we are never 100 percent sure of anything, no matter how big or small, or obvious the case might seem. That said, tapping a 5nm node is consistent with past leaks, so from our vantage point, the leaker's information is both plausible and likely accurate. 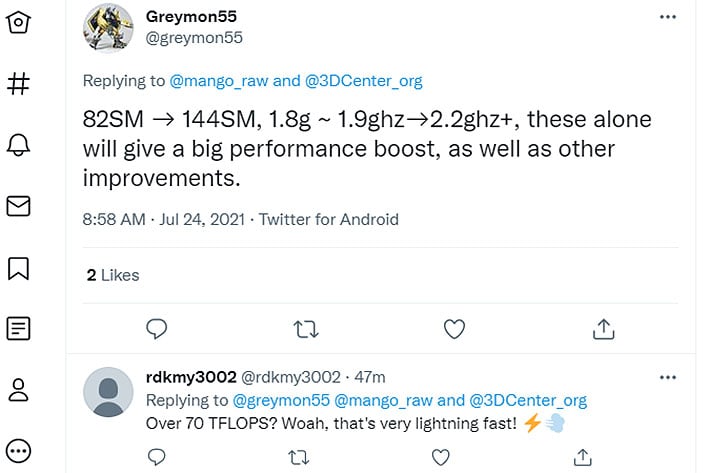 Looking at the leaker's other Twitter posts that are scattered around, they say Ada Lovelace will feature GDDR6X memory and jack up the number of streaming multiprocessors from 82 (as found on the GeForce RTX 3090) to 144 SMs. That would translate to 18,432 CUDA cores in NVIDIA's flagship consumer GPU, versus 10,496 on the current generation.
That would be a huge upgrade—a whole bunch more CUDA cores, plus whatever improvements the architecture itself brings to the table. Here's hoping it turns out to be true. As to when Ada Lovelace might arrive, the leaker says not to expect anything this year (so sometime in 2022 at the earliest).