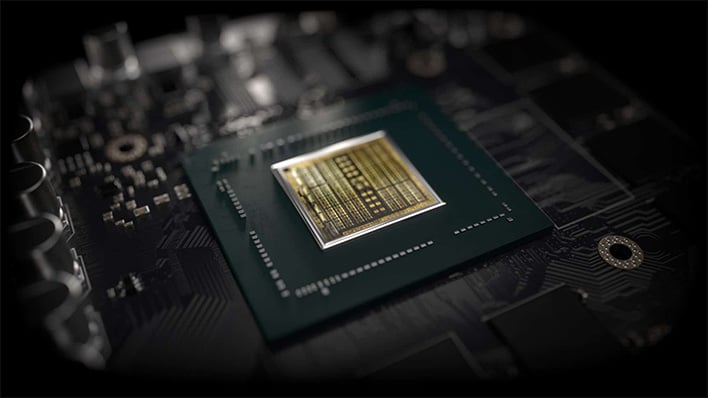 Stop what you are doing, go into the kitchen, and grab your container of salt. We'll wait. Still waiting. Okay, now that you have gone and grabbed a whole bunch of grains of salt, lets get to the latest next-generation GeForce RTX rumor. According to the recent chatter, the GeForce RTX 3090 will be around 50 percent faster than the GeForce RTX 2080 Ti in 3DMark's Time Spy Extreme benchmark.
What is that based on? Well, this is where the salt comes in handy. A pair of established leakers on Twitter posted the information, but without any links or graphs or...anything, really. It is basically banter, presumably on some kind of discovery or inside knowledge. Here is the interesting exchange...

And that is the extent of the rumor. Unfortunately, we do not have our own collection of Time Spy Extreme benchmark numbers to compare with, for reference to the claimed 10,000 points the GeForce RTX 3090 supposedly gets in the test (we use Time Spy in our GPU reviews, but not the Extreme preset).
That's okay, though, because 3DMark's database is fairly easy to parse. For example, when looking up GeForce RTX 2080 Ti results in Time Spy Extreme, we see that the average score is 6,572. A score of 10,000 is just a hair over 52 percent higher. And a score of 9,858 would be exactly 50 percent higher than the average.
There are a bunch of caveats, of course. I have no idea where the leakers are getting their information from—if they found a listing in the database, why not post a link? And even if true, bear in mind that this is a single benchmark run. That is not enough data to draw any concrete conclusions. NVIDIA could also tweak the GeForce RTX 3090 (if that is what it ends up being called) between now and when it ships, which could affect performance as well (for better or worse, depending on product positioning).
Should this play out, though, AMD will have its work cut out for it, with regards to Big Navi. A 50 percent jump over the currently flagship consumer card (outside of the Titan range) is impressive, to say the least.
In related news, Kopite7kimi posted another tweet claiming that the GeForce RTX 3080 scores nearly 8,600 points in the same Time Spy Extreme benchmark. That would amount to around a 30 percent increase in performance over the GeForce RTX 2080 Ti. Another impressive performance jump, if it holds true.
All of this ignores pricing. Model names only tell so much, and become rather meaningless if pricing does not align as one might expect. We will find out in due time, though, and hopefully sooner rather than later.