NVIDIA GeForce RTX 3080 Ti Allegedly Launches At $999, If You Can Find One

Several of NVIDIA's hardware partners have seemingly tipped the pending launch of a new Ampere SKU for gaming, the GeForce RTX 3080 Ti. Perhaps the strongest bit of evidence is a recently leaked photo of a pallet of supposed MSI GeForce RTX 3080 Ti Ventus 3X OC graphics cards being prepped for shipment from China to the United States. Following up on that leak, it's said the new SKU will launch at $999 (MSRP).
Obviously there's little-to-no chance you will actually be able to buy one at MSRP, if and when the new part launches, at least not right away—the GeForce RTX 30 series is always out of stock. Save for a few lucky folk who beat the bots and miners to the punch, the ongoing shortage of silicon, including GPUs, is very likely to render this a paper launch. Be that as it may, cards do still carry MSRPs, and here's how the GeForce RTX 3080 Ti allegedly fits within the pricing hierarchy of modern generation GPUs...
It is a smart launch, assuming NVIDIA positions the card as rumored, pricing it equivalently to AMD's Radeon RX 6900 XT. It will presumably offer better performance for the same money, in both rasterized rendering and real-time ray-traced visuals. At the same time, NVIDIA risks cutting into sales of the GeForce RTX 3090, though there are two reasons why the company might not be worried about that happening.
For one, NVIDIA is selling every GPU it can source. That will probably be the case throughout 2021, and manufacturing partner TSMC even suggested the silicon shortage in general (not just of GPUs) could last throughout next year and even into part of 2023 as well. 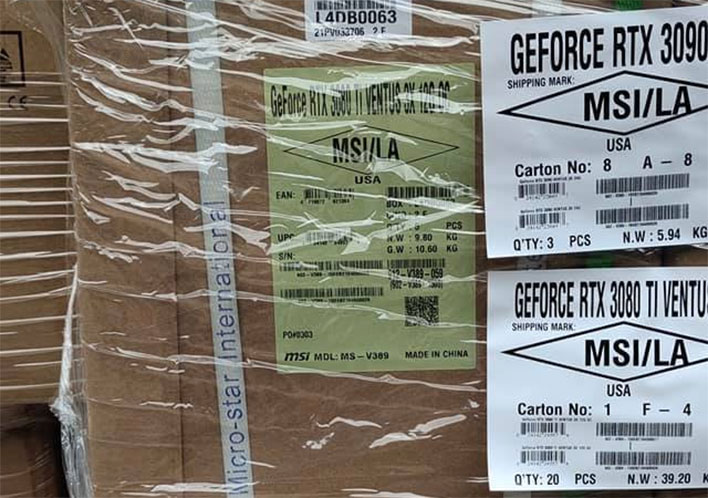 However, it's said NVIDIA is not really feeling the competitive pressure from the Radeon RX 6900 XT, AMD's flagship GPU, so it downgraded the specifications to 10,240 CUDA cores and 12GB of GDDR6X memory.
Is that really the case? Only NVIDIA truly knows, but we can say that earlier GeForce RTX 3080 Ti leaks and rumors did have it pegged as having 10,496 CUDA cores and 20GB of memory, whereas more recent ones reflect the seemingly downgraded specifications. As always, we'll have to wait and see what emerges.