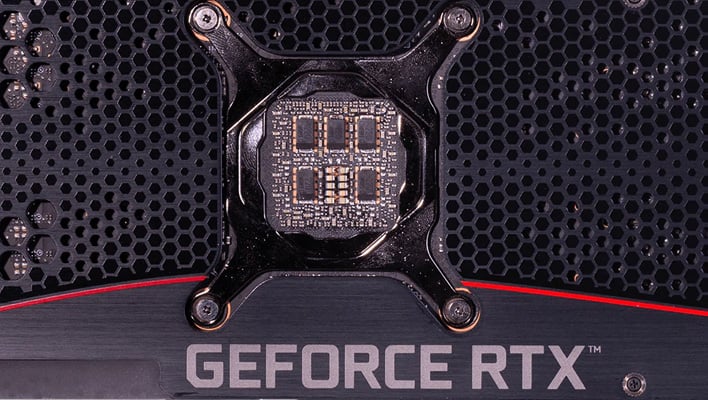 For some early adopters of the exceptionally popular GeForce RTX 3080 graphics card, there has been trouble in paradise. Among those who were able to get their hands on the elusive Ampere part, reports surfaced of instability issues, with some of the cards crashing at overclocked speeds that were set at the factory. Following an investigation into the matter, EVGA has traced the issue to the use of cheaper capacitors.

As you can imagine, this has to be extra frustrating for affected users. The GeForce RTX 3080 was on store shelves for all of two second at launch before it sold out completely, the result of frenzied demand by gamers, an influx of bots attempting to secure as much inventory as possible for scalpers, and not enough supply to meet demand.
For those who fought the bots and were ultimately successful in procuring a GeForce RTX 3080, running into instability issues has to be maddening. For the most part, this seems to be affecting certain custom models from NVIDIA's add-in board (AIB) partners, and does not affect the company's own Founders Edition SKU. EVGA explains the culprit.
"During our mass production QC testing we discovered a full 6 POSCAPs solution cannot pass the real world applications testing. It took almost a week of R&D effort to find the cause and reduce the POSCAPs to 4 and add 20 MLCC caps prior to shipping production boards, this is why the EVGA GeForce RTX 3080 FTW3 series was delayed at launch. There were no 6 POSCAP production EVGA GeForce RTX 3080 FTW3 boards shipped," EVGA's Jacob Freeman stated in forum post.
Time being of the essence, EVGA sent some reviewers pre-production cards with 6 POSCAPs (conductive polymer tantalum solid capacitors), and is now working with them to replace those cards with production models.
"EVGA GeForce RTX 3080 XC3 series with 5 POSCAPs + 10 MLCC solution is matched with the XC3 spec without issues," Freeman added.
It is said that a picture is worth 1,000 words, so here is a look at the capacitor layout on the backside of a reference board (PG132), as put together by Igor Wallossek at Igor's Lab... 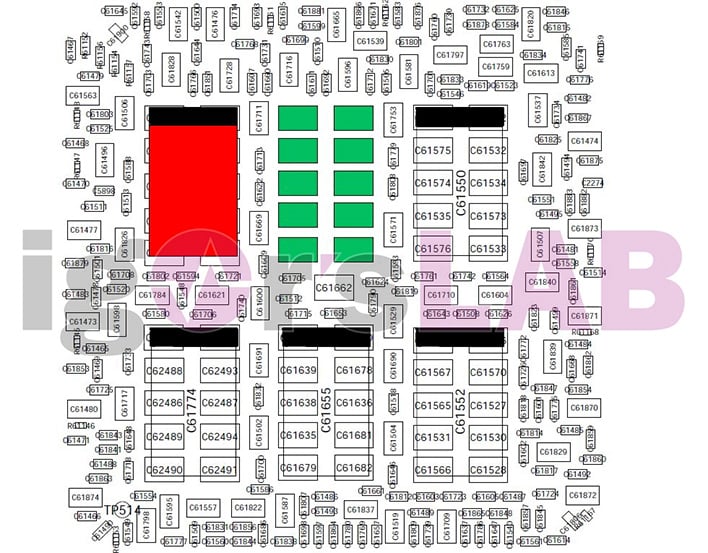 The area in red represents large-area POSCAPs, while those green globs are "somewhat more expensive MLCCs" (multilayer ceramic chip capacitors). NVIDIA's board partners can choose which to use, or go with a combination if they see fit. It is worth noting that MLCCs do a better job at filtering high frequencies on the voltage rails. As is often the case (though not always true), the part that costs more is better, plain and simple.
Now let's have a look at a couple of different arrangements, courtesy of Wallossek...

The arrangement on the left in the image above is from a Founders Edition model. Those four red blobs are actually what are called SP-CAPs, and the green blobs are groups of 10 MLCCs. This is a good mix, and in Wallossek's testing, he did not run into any stability problems even when going above 2GHz (with the fan running at 100 percent).
In contrast, the arrangement on the right is from Zotac's GeForce RTX 3080 Trinity. That card sports six cheaper POSCAPs, and seems to be "particularly affected" by instability problems, based on user reports in forums.
So if we circle back to EVGA's statement, it has decided to add MLCCs to the mix. ASUS does even better with its TUF Gaming variant, which uses only MLCCs and no POSCAPs.
This begs the question, how can you be sure of what you are buying? After all, shortages in inventory will not last forever, and eventually you will be able to buy a GeForce RTX 3080, if that is what you want to do. And hopefully in time all of NVIDIA's hardware partners will adopt more reliable designs, now that the culprit has been discovered.
In the meantime, Roseking on Reddit has composed a dynamic list of custom GeForce RTX 3080 and GeForce RTX 3090 models, with links to schematics showing what they are using. Here's your handy cheat sheet (current at the time of this writing)... 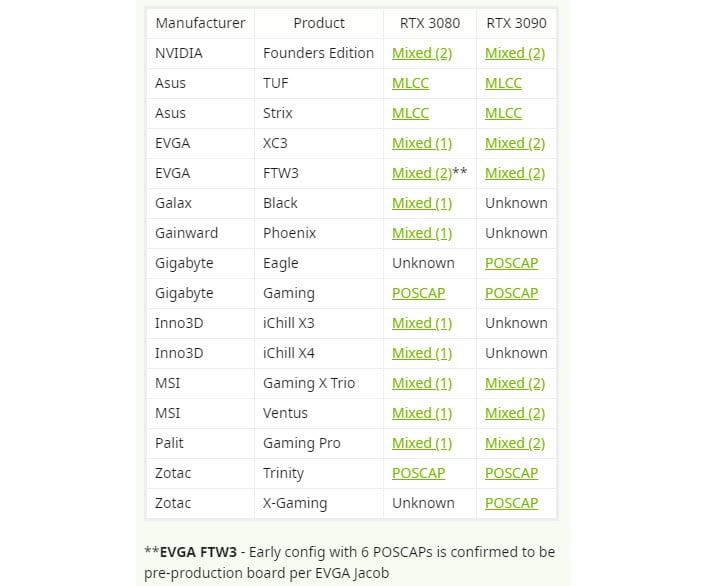 "Note that manufacturers might have changed this in their future revision so this should be taken as a snapshot," Roseking correctly states.
Bear in mind that POSCAPs are not inherently bad. It just so happens that in this case, the arrangement adopted on some custom models seems to not be up to the task of handling the GeForce RTX 3080's higher boost frequencies.
We imagine NVIDIA's partners will take of existing customers who bought an affected model, but it is something to keep an eye on.