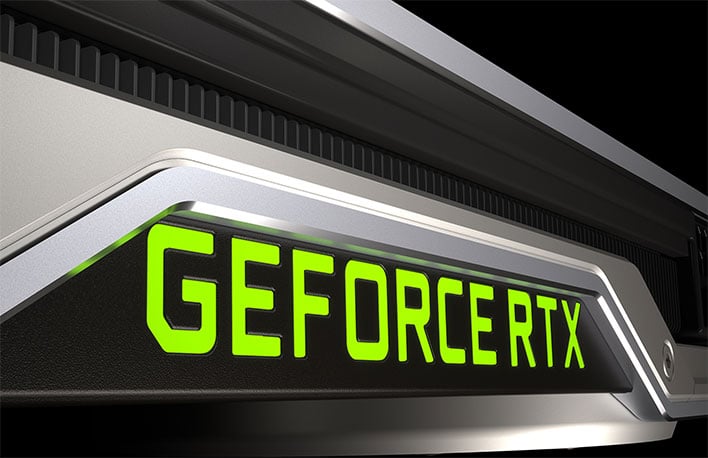 Ampere is going to be a beast when it arrives in consumer PCs, according to the latest leaked benchmark discovery. Over at 3DMark, there is a private listing for an unnamed NVIDIA graphics card, which is likely a GeForce RTX 3090 or GeForce RTX 3080 of some sort, and it blows a typical GeForce RTX 2080 Ti out of the water.
Before we get to the benchmark data, let's talk about Ampere. The next-generation GPU represents NVIDIA's shift to a 7-nanometer node. It already debuted last month in machine learning form (A100), and it is widely expected NVIDIA will launch Ampere in consumer form later this summer, or early fall (August or September-ish).
Prominent leak detectives have been sleuthing the situation for hints of what is to come. According to Rogame (@_rogame on Twitter and founder of HardwareLeaks), there are three Ampere GPUs headed to PCs. They include a GA102-400 with 24GB of RAM, a GA102-300 with 12GB of RAM, and a GA102-200 with 10GB of RAM.
There have been various graphics card names thrown around. Speculation is they will fall under these three possible tiers...
We will have to wait and see how things actually shake out. In the meantime, Rogame found a private listing on 3DMark, which he claims to have identified as being uploaded by an NVIDIA employee. Here is how the mystery card stacks up...

It is very likely that the 6,000MHz frequency for the memory is incorrect—3DMark is probably just not reading the vitals correctly, which is not unusual for an unreleased part. It is also shown with a 1,935MHz GPU clock (boost?).

Specifications aside, we see some monster performance out of this part. As in, the mystery card performs around 31 percent better than a GeForce RTX 2080 Ti, which is NVIDIA's top gaming card at the moment (the Titan RTX is not strictly a gaming card, it straddles the line between gaming and professional chores). The only exception is EVGA's aggressively overclocked Kingpin variant.
This is an impressive showing, especially if it ends up being a GeForce RTX 3080 variant. But even if this is the top card (GeForce RTX 3090), things are looking good for Ampere on the consumer side. Also consider that performance should only go up from here (assuming this leak is legit) as NVIDIA's driver team polishes things up.