Have you ever wished NVIDIA would re-release its previous generation GeForce RTX 2060 graphics card, but with more memory this time around? Neither have we, and not because it's a bad card or anything like that, but because the GeForce RTX 30 lineup is more compelling. Nevertheless, in the absence of a magic wand to magically make more Ampere GPUs appear out of thin air, NVIDIA may turn to a mid-range Turing card to fill an insatiable market for gaming GPUs.
This is a rumor we have heard before . Back in January of this year, it was said NVIDIA had planned to resupply its add-in board (AIB) partners with both the GeForce RTX 2060 and GeForce RTX 2060 Super. And who knows, perhaps more of those cards did actually find their way into the wild. But if they did, they re-entered the market with the same specifications as before.
Since then, NVIDIA has gone on to release the GeForce RTX 3060, which ranks as the most affordable version of Ampere yet. Problem is, like practically every other graphics card, it is never in stock. And being the least expensive version of Ampere, there is a big market for such a part. 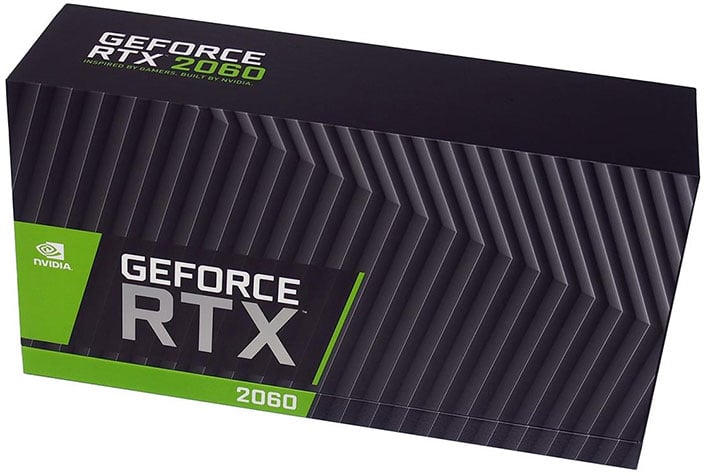 Now it is rumored NVIDIA is planning to re-introduce the GeForce RTX 2060, but with an upgraded 12GB of GDDR6 memory. That is twice as much as the existing GeForce RTX 2060, and even more than the Super variant. Here's how it would compare...
That's also the same amount of memory as found on the GeForce RTX 3060, and actually more than what NVIDIA equipped its GeForce RTX 3060 Ti with, which oddly enough has 8GB of GDDR6.
There are a couple of question marks here. One, can NVIDIA really get its hands on enough 12nm GPUs to re-introduce the GeForce RTX 2060 and make a meaningful dent in the graphics card shortage? Probably not—true relief will only come in time, when the silicon shortage eases up. Hurry up with those fab upgrades, TSMC).

Secondly, will having twice as much memory make it a more compelling card than the original? Sure, to a minor extent. But with everything else reportedly the same—CUDA cores, RT cores, bus width, and so forth—it's not going to be wildly faster in most situations.
We'll find out fairly soon if there is anything to this rumor, as it is said the re-released card would hit store shelves in December or January. There's no mention of pricing, but assuming it sells out immediately like every other card, it hardly matters.