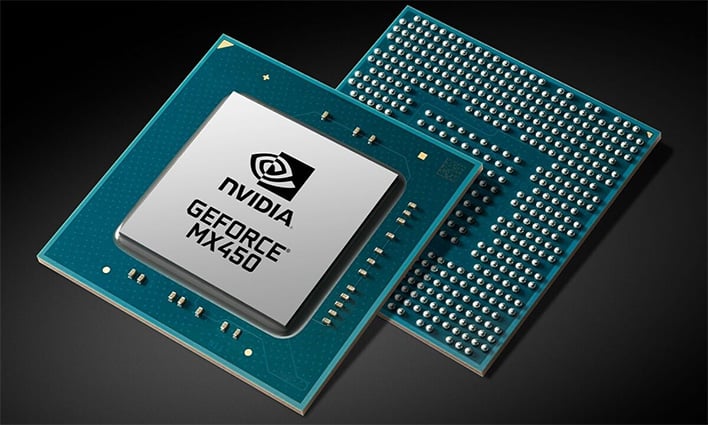 For whatever reason, NVIDIA was fairly hush about rolling out a new GeForce MX450 discrete GPU for laptops a few weeks ago. Perhaps it was saving its breath for the GeForce RTX 30 series launch. Whatever the case might be, it is an interesting addition, with some early benchmark figures showing it outpacing the GeForce MX350 by more than 33 percent in certain instances.
In case you missed it (and many people probably did, considering the quiet launch), the GeForce MX450 is presumed to be a Turing part, whereas the GeForce MX350 is based on Pascal (as are the GeForce MX250 and MX150 GPUs). NVIDIA does not list the actual GPU architecture on the GeForce MX350's product page.
In lieu of that, however, NVIDIA does reveal that it supports PCI Express 4.0. In fact, it is NVIDIA's only consumer mobile GPU with PCIe 4.0 support, as even its GeForce RTX 20 series GPUs in mobile form are PCIe 3.0 parts. Not that it should actually matter much in real world scenarios, but it is an interesting bullet point all the same.
Here's an overview of the features... 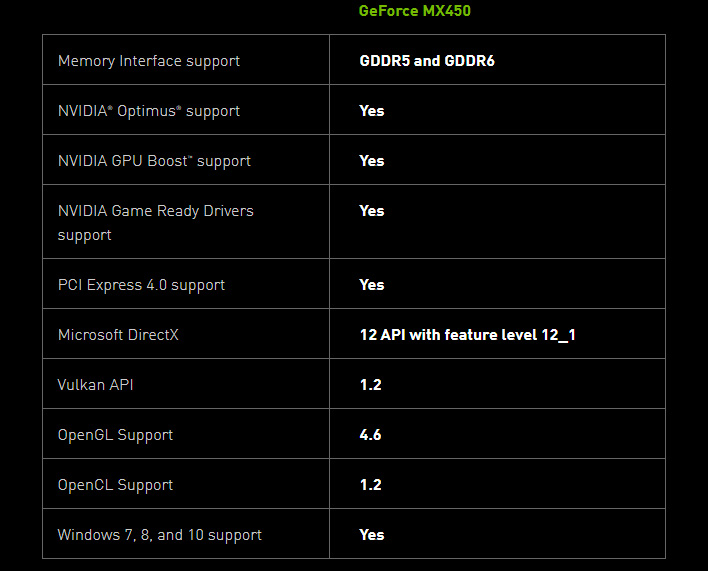 The GeForce MX450 will undoubtedly end up in lower powered laptops, which is where the MX series has carved out a niche for itself. It will arrive with both GDDR6 and GDDR5 options, though NVIDIA does not mention any finer grain specifications, such as clockspeeds, CUDA cores, power requirements, and so forth.
Be that as it may, Chinese-language website Zhuanlan posted some revealing screenshots, like a GPU-Z screenie showing a version of the GeForce MX450 (inside a Lenovo laptop) with 896 CUDA cores, a 1,395MHz base clock and 1,575MHz boost clock, 2GB of GDDR6 memory running at 1,250MHz, and a 64-bit memory bus.
According to the site, it is the top configuration of the GeForce MX450, with a 28.5W TDP. There are supposedly two other variants, one with slightly slower memory at 25W (available with GDDR6 or GDDR5), and a slower clocked version running at 720MHz to 930MHz, with a 12W TDP. 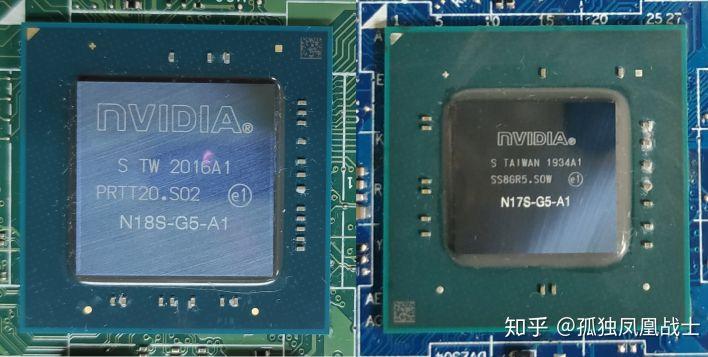 The site also posted an actual photo of the GPU (left side), situated next to a GeForce MX350 (right side), as seen above. Notice the different in die size between the two.
Now for the fun part—the benchmarks. Have a look... 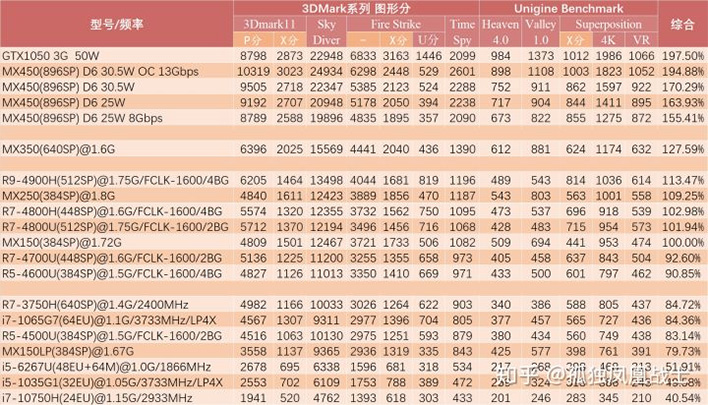 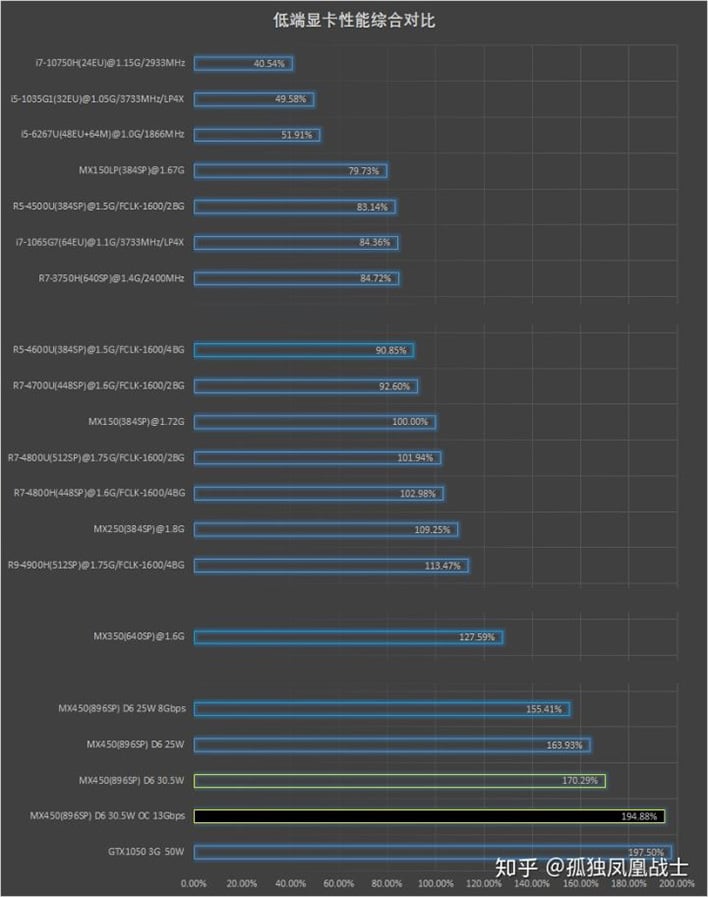