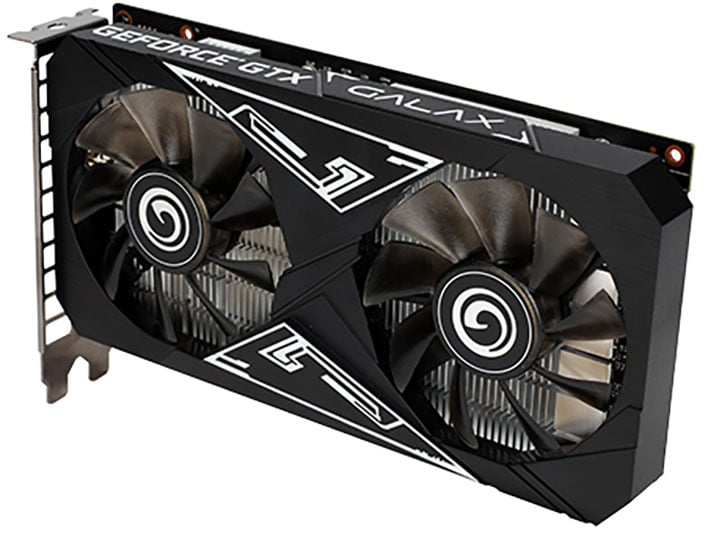 It appears as though NVIDIA has silently added another Turing GPU option to its lineup, with at least one of its hardware partners already taking advantage of the new part. That would be Galax (also known as Galaxy), which is one of several brands owned by Palit Microsystems. Galaxy has begun advertising a new GeForce GTX 1650 Ultra.
The "Ultra" could just be a custom model designation by Galax, similar to how EVGA sells "Ultra Gaming" variants, to offer one example. Or it could be a brand new tier in NVIDIA's GeForce GTX 16 series. As of this writing, however, here is how the GeForce GTX 16 series shakes out on NVIDIA's website...
At this stage, it seems unlikely that NVIDIA would make any significant additions to its Turing stack, because a new generation of Ampere-based graphics cards will launch in the coming months. However, Galax lists the new GeForce GTX 1650 Ultra model as rocking a TU106-125 GPU.
The TU106 is the same GPU that underpins the regular (read: non-Super) GeForce RTX 2070 (TU106-400). However, the specs are obviously different. Here's a look... 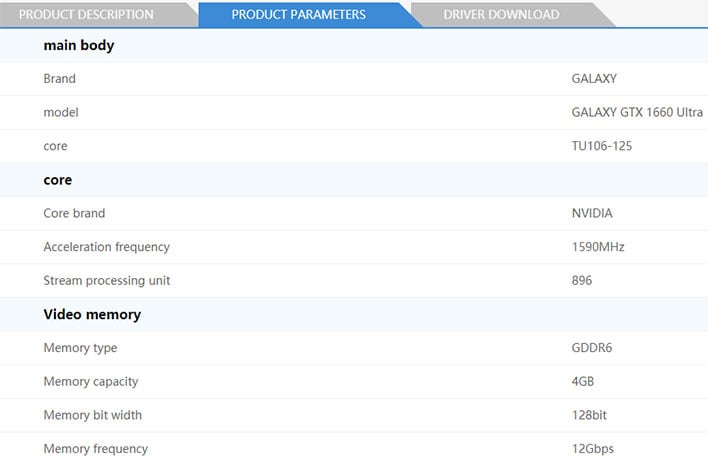 The product page and press renders clearly designate this as a GeForce GTX 1650 Ultra, while the specifications chart lists it as a 1660 Ultra, which we assume (for the time being) is a typo. As spotted by Videocardz, the chart also previously indicated 6GB of GDDR6 memory instead of 4GB (which has since been fixed), so someone probably just copied over an existing table and forgot to change "1660" to "1650."

This new entry sports 896 stream processors and runs at 1,590MHz. The 4GB of memory runs at 12Gbps and pipes data through a 128-bit bus, giving it 192GB/s of memory bandwidth.
Those are the same specifications as a reference GeForce GTX 1650. However, the chart also indicates that this card has a 90W TDP, whereas a reference GeForce GTX 1650 has a 75W TDP.
Assuming the specifications are correct, the most likely explanation is that NVIDIA is offloading its inventory of higher end GPUs for use in lower end cards. We imagine sales have slowed in anticipation of a new round of GeForce RTX cards, so this would be a way of getting at least something for a stockpile of GPUs that might otherwise go unsold.
The only difference we can spot is the 15W higher TDP. It will be interesting to see if that leads to faster clocks or affects temps when/if new GeForce GTX 1650 Ultra cards land on shelves.