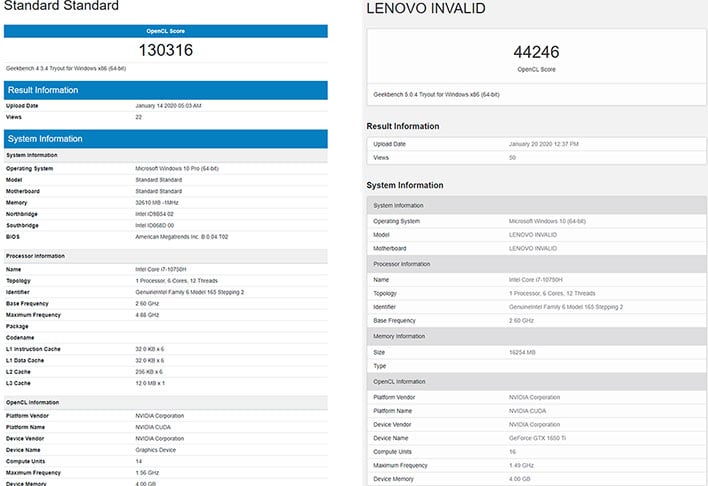 We do not have our own collection of Geekbench scores to pit the leaked results against. However, if you look through the database, the OpenCL scores on desktop GeForce GTX 1650 Super models averages 52,356. That means the mobile variants is around 17 percent slower. That's not bad, considering it has fewer CUDA cores.
It's a bit more difficult to navigate the Geekbench 4 results based on GPU performance. Generally speaking, though, the mobile GeForce GTX 1650 Super scores within range of the desktop GeForce GTX 1650. This also makes sense, since the the number of CUDA cores is the same.
While nothing is certain, we anticipate NVIDIA announcing these GPUs during GTC in March.