It's rare for NVIDIA to make such a broad sweeping claim, and in a related blog post, the company gets a little more detailed. Among the improvements made are shader compilation optimization, reduced CPU overhead, and Resizable BAR profiles. 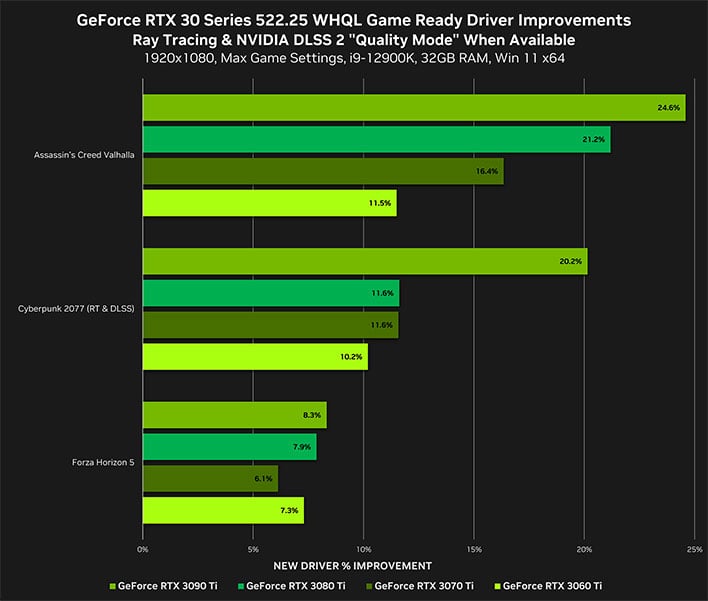 
All combined, NVIDIA says its latest driver can "accelerate performance by double digits in a wide array of games" on both desktop and laptop GPUs. Specifically, NVIDIA says its testing showed up to a 24 percent jump in Assassin's Creed Valhalla at 1080p, up to 20 percent in Cyberpunk 2077 at 1080p, up to 17 percent in F1 22 at 4K, and up to 12 percent Call of Duty: Vanguard at 4K.

NVIDIA also provided a bunch of single-digit performance numbers for a range of games at 1080p, 1440p, and 4K. We're working on testing the driver for ourselves and will update this article when we have some numbers to share.

Beyond the DX12 performance claim and support for the GeForce RTX 4090, the 522.25 WHQL release brings 'Game Ready' optimizations for some of the latest DLSS games, including Gotham Knights, Uncharted: Legacy of Thieves Collection, and Dakar Desert Rally.


Fixed And Open Issues In The 522.25 WHQL Driver Release

So there's quite a bit in the way of game optimizations and DLSS support. The same can't be said for bug fixes—there are just a few this time around. They include...
The list of open issues is three times longer and includes the following...
Stay tuned as we test NVIDIA's performance claims. In the meantime, you can grab the driver through the GeForce Experience utility, or from NVIDIA's driver download page.

As promised, we explored some before and after results using the new 522.25 WHQL release. Our test system consists of an Intel Core i7-12700K with 32 GB of DDR5-5200 and a GeForce RTX 3070. We chose a couple titles with ray tracing enabled so we could examine performance with and without this tech. We tested against August's 516.94 WHQL release. 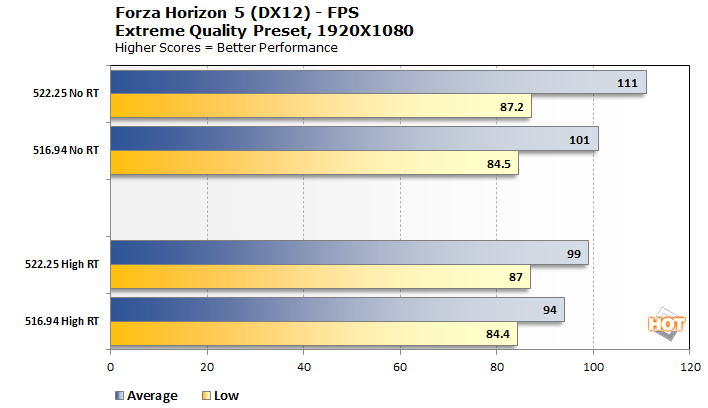 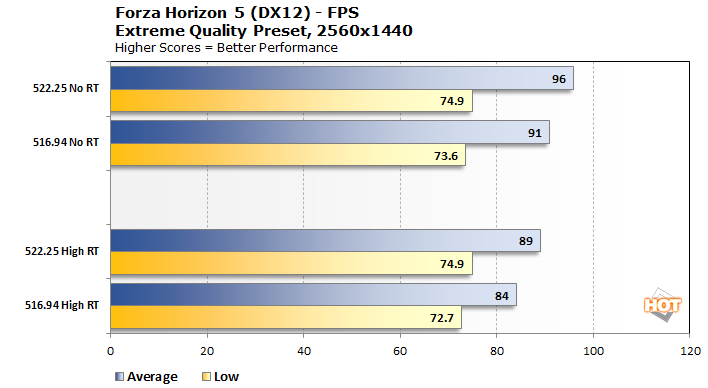 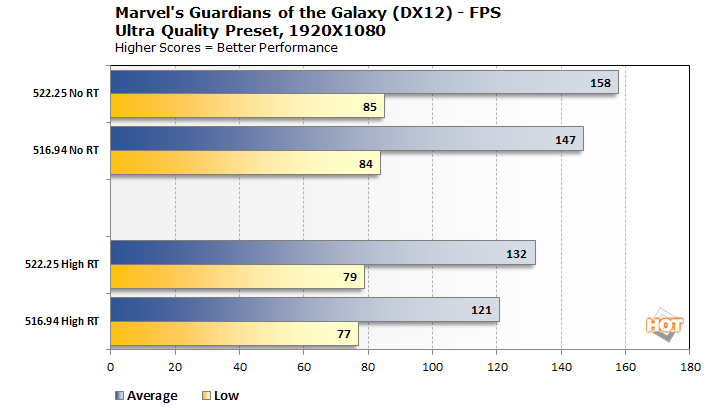 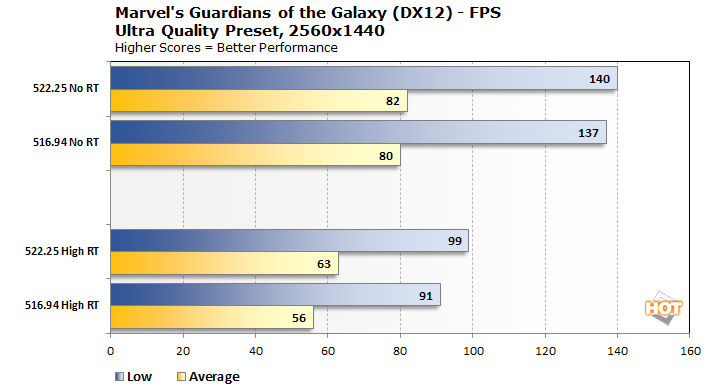 We tested both titles at 1080p and 1440p resolutions as well. True to promise, the update does appear to improve performance by a significant amount across the board. The uplift generally seems to favor lower resolution gaming more, which could be a boon for eSports titles which tend to favor framerates over resolution. Gains in some places reached almost 10%, which is very impressive to see from driver updates alone.