There is a lot of blame to go around for the current dearth of graphics cards available in the retail channel. Despite companies like NVIDIA and AMD pumping out record numbers of GPUs, incredible demand still results in shortages that NVIDIA CEO Jensen Huang says will continue through 2022. There's also a lot of activity in the cryptomining world, as Ethereum miners have flocked to GeForce RTX 30 Series Ampere cards due to their favorable hash rate performance.

With this in mind, an allegedly new -- and previously unannounced -- NVIDIA CMP HX dedicated Ethereum mining card has been spotted in the wild. The new CMP 170HX is reportedly based on the potent A100 accelerator. According to hardware leaker @9550pro, the CMP 170HX has 4480 CUDA cores compared to 6912 for the GA100 GPU that the A100 rocks. Given that the CMP 170HX won't need to handle massive datasets for scientific research, it features just 8GB HBM2e memory clocked at 1458MHz with 1.493 TB/sec of bandwidth. 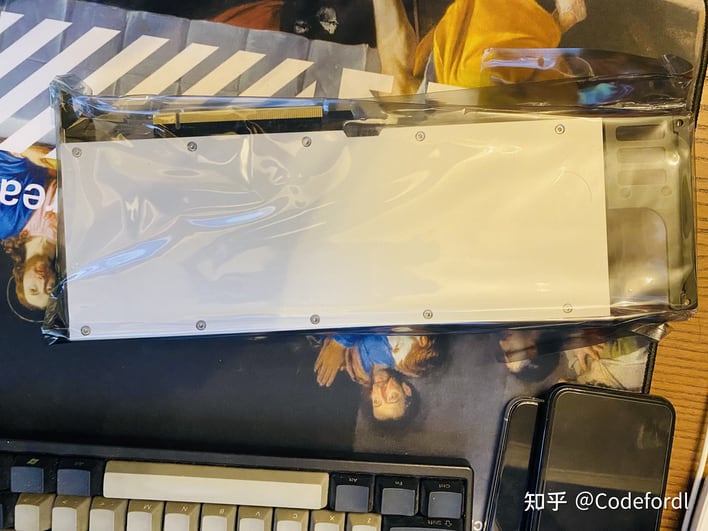 Rounding out the specs are base and boost GPU clocks of 1140MHz and 1410MHz, respectively. In the end, we're looking at a cryptomining card with a monstrous Ethereum hash rate of 164 MH/sec with a TDP of 250 watts. Although we still haven't seen those cards in the wild yet, the current flagship CMP 90HX has a hash rate of just 86 MH/sec. According to the leaked specs table for the CMP 170HX, the card will see wide availability during the second quarter of 2022. 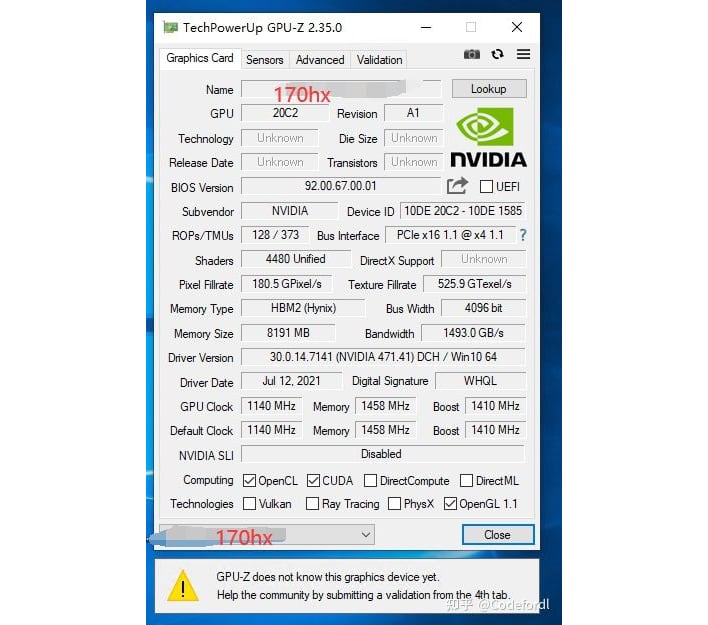 As for the card itself, it is unadorned with a silvery finish and no I/O ports on the backplate. Instead, you'll find large fins to help the blower fan exhaust hot air.

Reports back in March alleged that an even more powerful A100-based CMP 220HX with a full-fat GA100 GPU and 6192 CUDA cores would deliver a 210 MH/sec hash rate. For comparison, NVIDIA's range-topping gaming card, the GeForce RTX 3090, can hit a maximum hash rate of around 120 MH/sec.

In other crypto news, we reported yesterday that a hardware outfit called Cryptominers.bh was hoarding stacks of Radeon RX 6000 graphics cards from various board manufacturers that will be used for mining Ethereum.