NVIDIA CEO Jensen Huang is adding another honor to his portfolio this week, as he was named one of the world's most influential people by TIME Magazine. Of course, we in the computing industry know all about Huang and his company's contributions to AI, PC gaming, and autonomous vehicles (among other sectors), and TIME is now recognizing those achievements.

Andrew Ng, the founder of DeepLearning.AI and Landing AI, penned TIME's piece on Huang, writing that "he has helped enable a revolution that allows phones to answer questions out loud, farms to spray weeds but not crops, doctors to predict the properties of new drugs—with more wonders to come. 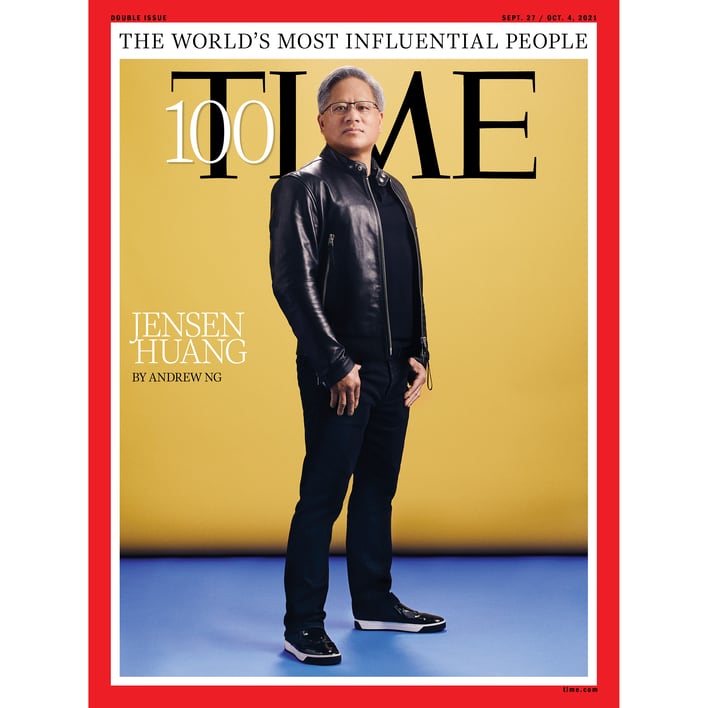 While Huang is among 100 people honored by TIME, he is one of only seven individuals that will have their own cover for the upcoming special print edition that will arrive on newsstands on September 17th.

This distinction from TIME comes just a month after the Semiconductor Industry Association (SIA) announced that Huang would receive the Robert N. Noyce Award, which is the highest honor that can be given to tech pioneers that contribute heavily to the semiconductor industry.

"It has been the greatest joy and privilege to have grown up with the semiconductor and computer industries, two that so profoundly impact the world," said Huang at the time. "As we enter the era of AI, robotics, digital biology, and the metaverse, we will see super-exponential technology advances."

Huang founded NVIDIA in 1993 and has grown the company into the tech powerhouse that it is today. NVIDIA has its hands in everything from Arm-based chips powering the Nintendo Switch OLED to GPUs that fuel 4K PC gaming bliss with products like the GeForce RTX 3080 Ti. Given the company's diverse portfolio and incredible demand for its GPU products, in particular, Huang helms a company that currently has a market cap of $558 billion.