In recent years, NVIDIA has been on a rapid ascent and has seen its market cap balloon to nearly $500 billion. It expanded its previous bread and butter gaming graphics GPU focus to the cloud, data center, AI/research, and embedded system (i.e., autonomous driving) markets. Much of that growth can be attributed to the leadership of NVIDIA's CEO and Founder, Jensen Huang, who is being honored this week for his achievements.

The Semiconductor Industry Association (SIA) has announced that Huang has been selected to receive the Robert N. Noyce Award, the highest honor bestowed upon people who have made significant contributions to the semiconductor industry.

"Jensen Huang's extraordinary vision and tireless execution have greatly strengthened our industry, revolutionized computing, and advanced artificial intelligence," said SIA president and CEO John Neuffer. "Jensen's accomplishments have fueled countless innovations — from gaming to scientific computing to self-driving cars — and he continues to advance technologies that will transform our industry and the world." 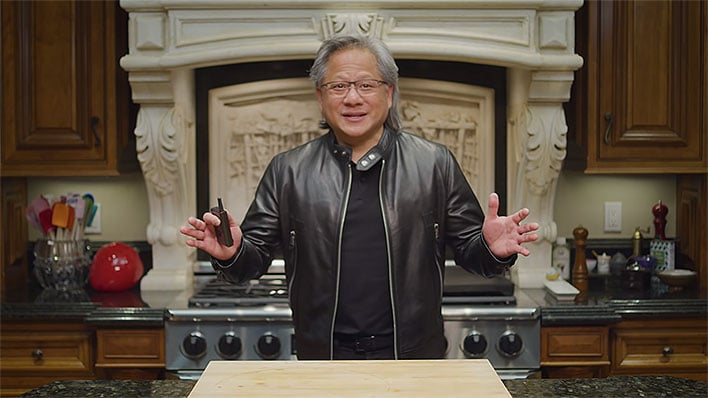 "I am honored to receive the 2021 Noyce Award and do so on behalf of my colleagues at NVIDIA, whose body of work this award recognizes," said a grateful Huang. "It has been the greatest joy and privilege to have grown up with the semiconductor and computer industries, two that so profoundly impact the world. As we enter the era of AI, robotics, digital biology, and the metaverse, we will see super-exponential technology advances."

Huang will be presented with the award at the SIA Awards Dinner on November 18th, 2021.

It may be hard to believe, but NVIDIA was first founded nearly 30 years ago in 1993. The company gained prominence in the gaming community with its early graphics cards like the Riva TNT/TNT 2 and introduced the world's first GPU in late 1999 with the GeForce 256.  Since that time, NVIDIA has grown and expanded, acquiring numerous companies, including early graphics rival 3dfx in late 2000 and Mellanox in 2019.

Last year, NVIDIA announced its intention to acquire Arm in an effort to expand its reach into the artificial intelligence market. Although regulators are examining the deal with a fine-tooth comb, Jensen remains confident that it will pass muster in the end. "The regulators will see the wisdom of it, and our discussions with them are as expected and constructive. I'm confident that we'll still get the deal done in 2022, which is when we expected it in the first place, about 18 months," said Huang back in April.