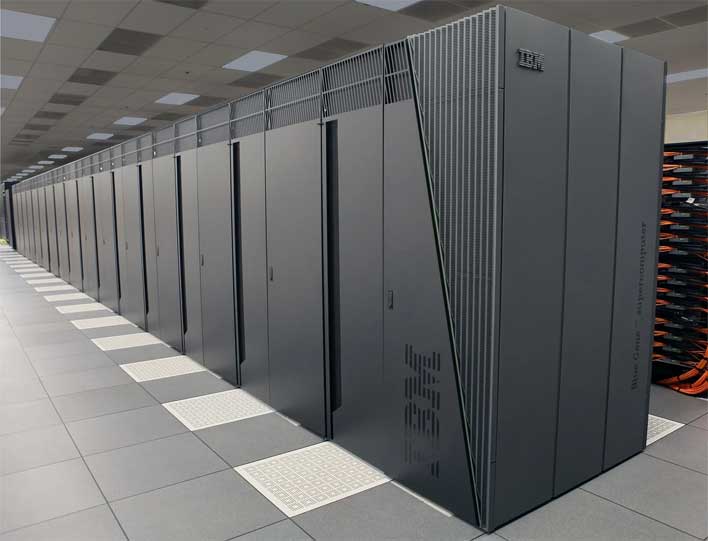 Fugaku delivered extreme performance in single or further reduced precision, which is a workload often used in machine learning and AI applications, with a peak performance of over 1000 petaflops. The new Japanese supercomputer is installed at the RIKEN Center for Computational Science in Kobe, Japan.

The supercomputer in the number two spot on the list is Summit, which was formally the top computer. It's IBM-built and delivers 148.8 petaflops on HPL. That system has 4356 nodes, each equipped with 22 Power9 CPUs and six NVIDIA Tesla V100 GPUs. Summit runs at Oak Ridge National Laboratory in Tennessee and is still the fastest supercomputer in the United States.

In the third-place spot is Sierra, a system located at the Lawrence Livermore National Laboratory in California. Sierra achieves 94.6 petaflops in HPL and is an architecture very similar to Summit. Sierra has two Power9 CPUs and four Nvidia Tesla V100 GPUs in each of the 4320 nodes.

The fourth-place computer on the list is called Sunway TaihuLight, which was developed by the Chinese National Research Center of Parallel Computer Engineering & Technology. The machine is powered by Sunway 260-core SW26010 processors. It reaches 93 petaflops on HPL and has remained unchanged since it was installed in 2016. Rounding out the top five is another Chinese supercomputer installed at the National University of Defense Technology called the Tianhe-2A. It reaches 61.4 petaflops of HPL performance and uses Intel Xeon CPUs and custom Matrix-2000 coprocessors.

In other supercomputer news, last month supercomputers across the EU were being targeted by hackers to mine cryptocurrency.