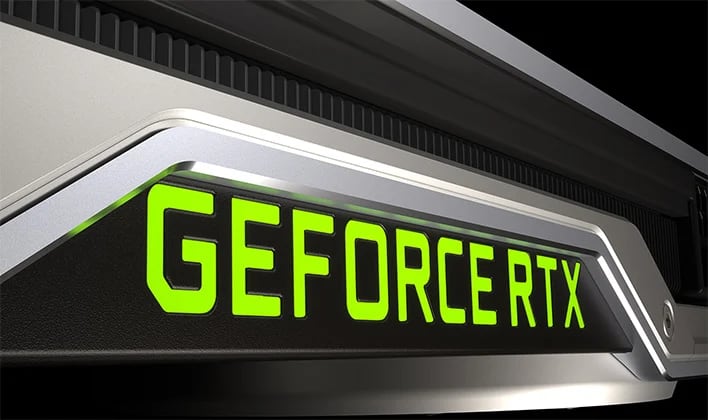 New market share numbers are in giving us some insight into GPU sales performance during Q2 2020, and things are looking pretty good for NVIDIA — at least when it comes to dedicated graphics cards. Overall, the dedicated desktop graphics market increased by 6.55 percent over Q1 2020 according to Jon Peddie Research.

NVIDIA was the biggest winner with respect to dedicated GPUs, as it commanded a full 80 percent of the market, up from 75 percent in Q1 2020 and 71 percent in Q2 2019. AMD was well behind, accounting for the remaining 20 percent of the market, since Intel is [currently] a no-show in the dedicated graphics market. That of course will all change when Intel releases its Xe-HPG discrete gaming cards that will launch in 2021. This will represent Intel’s first foray into the discrete market since the ill-fated i740 from two decades ago. Intel’s entry into the market will no doubt upset the duopoly that NVIDIA and AMD have enjoyed for far too long.

However, when we look at the overall picture for GPU sales (taking into account both integrated and dedicated solutions), things are looking more evenly matched for NVIDIA and AMD. For the quarter, AMD’s overall shipments rose by 8.4 percent, while NVIDIA’s soared 17.8 percent. Intel, on the other hand, saw its total shipments dip by 2.7 percent during Q2 2020. As a result, AMD walked away with a total of 18 percent of the overall GPU market, while NVIDIA was just slightly ahead with 19 percent.

Intel, which ships most of its processors with an operable integrated graphics solution, took the largest share at 64 percent. AMD was able to maintain ground against NVIDIA here because its ships APUs like the Ryzen 4000 that incorporate integrated Radeon Vega graphics.

The next few months will be interesting for both the integrated and discrete graphics market. For the former, Intel is on the cusp of releasing its 11th generation Tiger Lake processor platform, which will usher in 12th generation Xe graphics. Intel has been promising huge leaps in performance over its previous generation graphics solutions, and it is expected to give the Radeon Vega inside Ryzen 4000 a serious challenge.

On the discrete side of the equation, both NVIDIA and AMD have something to prove with all-new GPU architectures. NVIDIA will the first up with Ampere, which will power its GeForce RTX 30 series of GPUs. You can read more information about the upcoming GeForce RTX family in our in-depth article here. As for AMD, its much talked about Radeon Big Navi graphics card is confirmed to arrive during Q4 2020.