No Man's Sky 2.4 Update Allows You To Suit Up With Invincible Mechs And Jetpacks 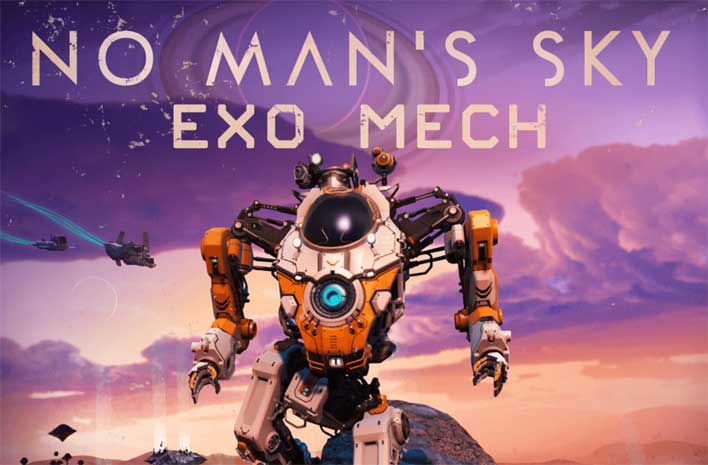 No Man's Sky may be best known for being a game that was widely viewed as "troubled" when it first launched, only to be saved by a series of patches that made it a very fun and worthwhile game to play. The game keeps improving with new updates that bring additional content, and the recent 2.4 update is no different. The new update has added mechs to the game.

The mech is called the Minotaur Heavy Exocraft Hybrid and is an all-new way for players to explore planets. It also brings with it new technologies that can be used for exploring. The Minotaur has a jetpack attached that allows it to soar and slide in various ways around the environment. The developers gave the Minotaur a complete and unique interior that allows players to steer and leap around the environment as well as view the displays in full 360 degrees when used with a VR headset.

The coolest part that players who enjoy exploring hazardous planets will get from the Minotaur is that it is immune to all planetary hazards and can directly collect materials. That means the pilot is safe at all times. The mining laser attached to the mech can be upgraded to a Terrain Manipulator to allow it to bore into the planet. The new mech isn't all the update brings; players will also get to enjoy new Exocraft technologies that allow solar panels to be added to recharge engines during the day.

Exocraft that are fitted with the Signal Booster will now see that scans reveal nearby points of interest to help find items that were previously only found using the Analysis Visor. Gamers who have played enough to own a Freighter can build an Orbital Exocraft Materializer that can beam objects directly to the surface for use. The update also brings with it a large number of graphic updates and other optimizations. The blueprints for the Minotaur are available to purchase from Iteration: Perses on the Space Anomaly.

In other No Man's Sky news, last month we learned that a multiplayer update is coming this summer.