It's no secret that we love video games. Not only do we love video games, many of us lived through significant heydays of gaming eras. From the 1970s and 80s arcade boom and then video game market crash in the US, all the way to today. Within those last five decades there have been many successes, failures, and could-have-beens. Well, Nintendo decided to make a copyright claim against a YouTube channel based on one of those could-have-beens.

Popular YouTube Channel, DidYouKnowGaming, had a video about a game that never came to be known as Heroes of Hyrule. Nintendo, however, submitted a copyright claim, causing YouTube to pull the video from availability. This is very negative for many reasons, but especially for the sake of historical preservation.

Of course, this isn't the first time Nintendo has issued strikes to YouTube channels and other sites. Most recently, The Internet Archive provided the ability to download every issue of Nintendo Power, it took less than two days for that to get pulled down. They also issued a massive copyright strike issuance to another YouTube channel that specifically was attempting to preserve game music.

The video about Heroes of Hyrule highlighted a game that involved Zelda characters in a game that looked similar to Final Fantasy Tactics by Retro Studios, the creators of Metroid Prime. The pitch was about 20 years ago, and the project never moved forward. From a journalistic standpoint, everything about this is fair game to report on. Nintendo doesn't seem to care though.

Nintendo has a history of being quite reactionary when it comes to its IP and anything negative or outside their intent or purview. For example, there was a rumor that Netflix and Nintendo had a deal to create a Zelda series, but after someone involved in the project confirmed the leak, Nintendo pulled the deal. Of course, if you're in the mood for Nintendo IP content, the Mario movie is still on its way. 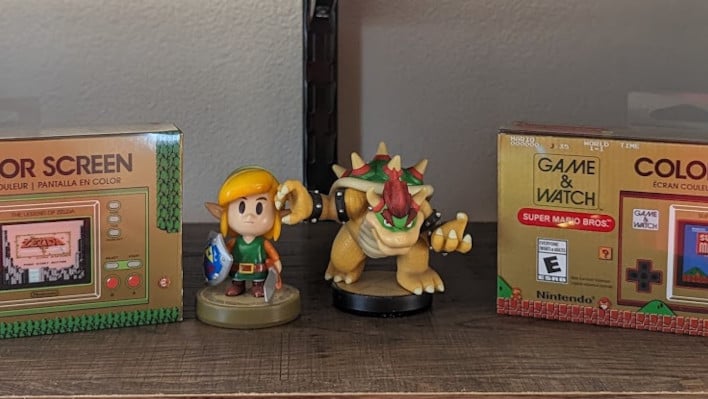 There is another downside to not having this historical archive from a development standpoint. Video games development is a massive industry worth billions of dollars with three big console manufacturers, and PCs. If a developer wishes to pitch a project to someone with an intellectual property, seeing how past projects failed to get past that phase provides insight on how best to move forward when trying to get your own work approved. We don't want an oversaturation of lower quality games—that is how the video game industry crash of the 1980s happened, after all—but that's precisely why keeping these archives, reports, and historical representations available to the public is extremely important.