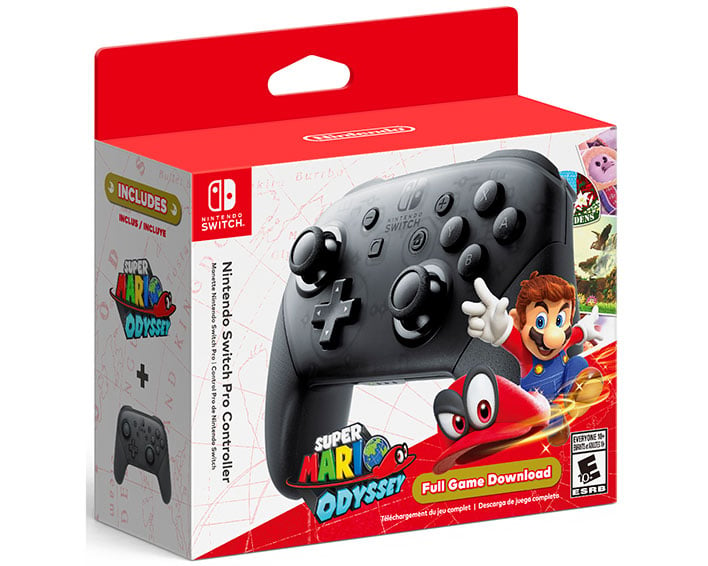 Both items actually happen to be on sale individually at the moment, in case you are interested in just one or the other...
Even with the sale prices in play, it makes more sense to buy the bundle if you are interested in both items, as you are still coming out way ahead. And if you are only interested in the controller, you might want to consider paying the extra $10 for the bundle versus just the game, and then selling or gifting the download code.
The controller itself is wireless and in the shape of an Xbox gamepad. It features motion controls, HD rumble, and built-in Amiibo functionality. It also comes with a charging cable, and is rated to last around 40 hours when fully charged.