Google officially unveiled the Pixel Buds back in October with a new design and the promise of high-quality sound along with helpful AI features. Google announced today that the new Google Pixel Buds are now available to purchase in "Clearly White" for $179 in the United States.

The new Pixel Buds bring easier pairing using Fast Pair technology. To help improve sound quality, the new Buds combine signals from beamforming mics and a special sensor that detects when your jaw is moving. Google also integrated Adaptive Sound that temporarily adjusts the volume to compensate for new noise in the environment. 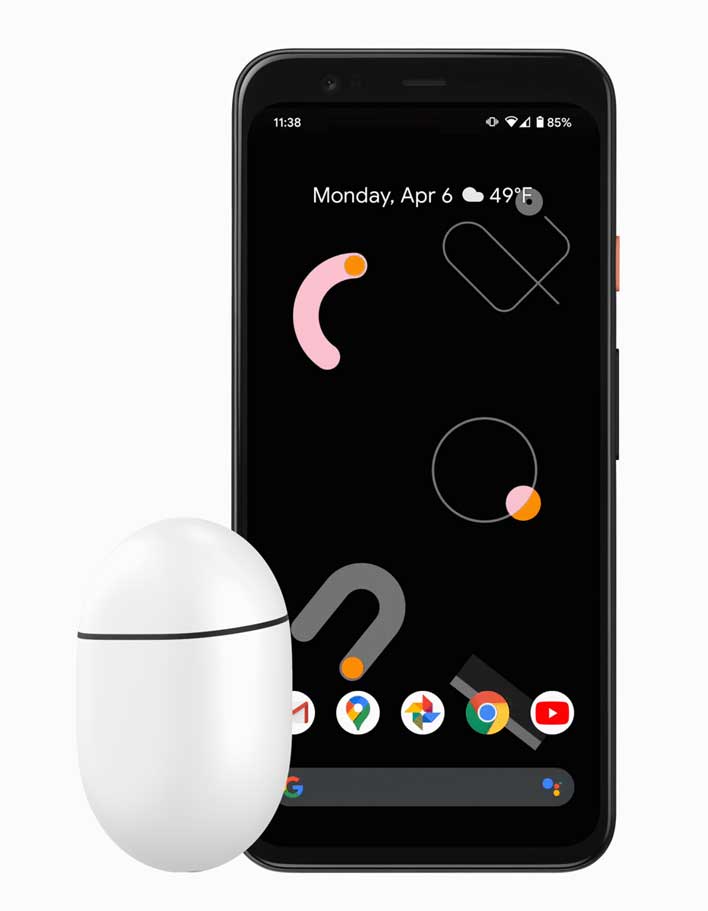 That means if your coworker starts talking loudly, the Pixel Buds will increase the volume to compensate, so users will still hear the audio from calls or music. Google says that feature works similarly to how auto-brightness adjusts the phone screen. Hands-free help with Google Assistant is supported via the "Hey Google" hot word on the Pixel Buds. That feature allows users to do things like increase the volume or change tracks while listening to music if their hands are full. One nice feature about the design of the new Pixel Buds is that they are slim enough to fit under a hat or hoodie without discomfort.

The earbuds still offer real-time translations with conversation mode and support Find My Device in case they're lost. Google says that the Pixel Buds are currently available through the Google Store and via retailers, including AT&T, Best Buy, Target (in early May), T-Mobile, Verizon, Walmart, and others. Google also intends to launch additional colors in the coming months, including Almost Black, Quite Mint, and Oh So Orange. The Buds will also come to other markets in the coming months. A product page for the new Buds briefly surfaced earlier this month, exposing some of these features.