Some new renders have surfaced that give us our best look yet at what the coming Samsung Galaxy Z Fold 2 smartphone might look like. The images show the smartphone will come in Mystic Black and Mystic Bronze colors. Like the original, the Galaxy Z Fold 2 has a folding mechanism with a hinge on the side resembling a book. 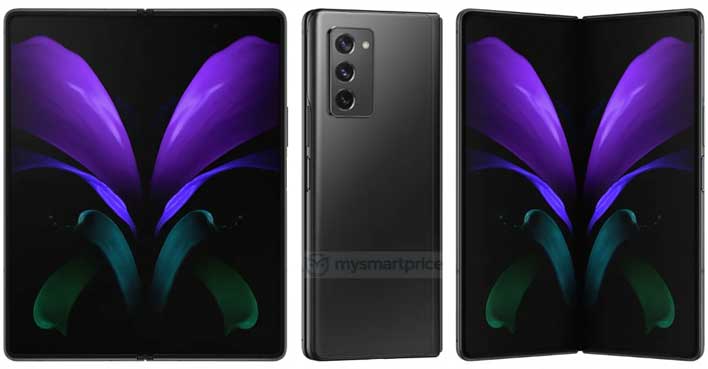 While the Z Fold 2 5G shares the same book-like folding mechanism as its predecessor, there are some significant changes for the new model. One big change for the second-generation model is the replacement of the notch on the outer and inner displays with punch-hole displays. The cover display also has significantly thinner bezels than the original device allowing for a larger screen. 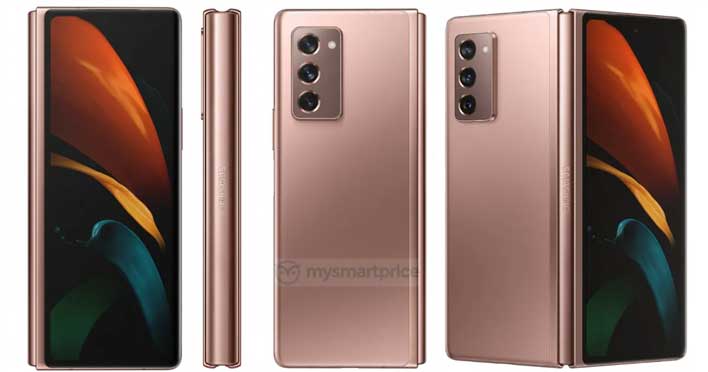 While it can't be seen in the renders, we hope that the Galaxy Z Fold 2 has an improved hinge design to prevent dust and debris from getting under the screen. We can also see that the hinge area appears to be beefier than the original device. Other tidbits gleaned from the renderings include a triple camera array stacked on the back of the smartphone. We can also see that the camera array protrudes from the back of the device slightly. These renders do match up with past blurry leaks. 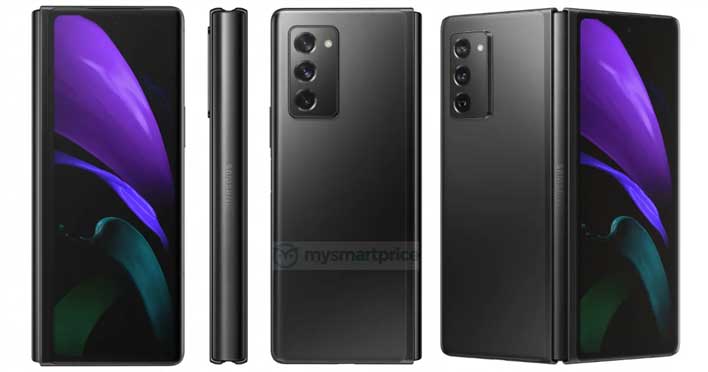 The Galaxy Z Fold 2 is expected to launch at the Galaxy Unpacked event on August 5. Rumored specifications suggest the cover display will be a 6.23-inch Super AMOLED, and the inner display is tipped to be a 7.7-inch foldable AMOLED with a 120 Hz refresh rate. The rear triple camera array noted in the renderings is claimed to feature 64MP, 12MP, and 12MP sensors with the inner folding screen packing its own 10MP sensor. Storage is expected to be up to 512GB while power will come from a Snapdragon 865-class SoC. A monster 4,356mAh battery is tipped along with a monster price of $1,980.