Anyone in the market for a next-generation Wi-Fi router, but looking for something that won't break the bank, needs to check out a deal going on at Walmart right now for the ever-speedy Netgear Nighthawk AX4 Wi-Fi 6 router. Typically, the router sells for $199, but Walmart has a special deal going on right now that makes the router $100 off.

The Netgear Nighthawk AX4 four-stream AX3000 Wi-Fi 6 router (RAX35-100NAS) is currently on sale at Walmart for $99. Walmart is also offering free delivery with arrival by March 23, and if a nearby Walmart retail store has the router in stock, you can buy it online and pick it up in the store. The router is also sold and shipped by Walmart, not some potentially sketchy third-party seller, thankfully. 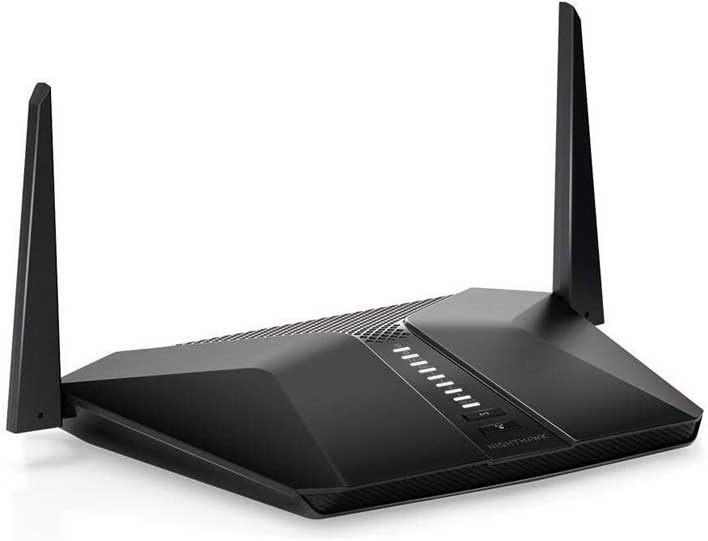 To compare, Walmart's price is significantly cheaper than the deal Amazon is offering right now. Amazon's current price is $159.99 with free Prime shipping. That price still represents a $40 discount off the normal $199.99 retail price at Amazon. At Amazon, the router also ships and is sold by Amazon.com.

For those unfamiliar with the router, it works with all existing 802.11ac (and older) Wi-Fi devices and new Wi-Fi 6 (802.11ax) devices. The key benefits of Wi-Fi 6 over previous gen 802.11ac devices, are higher data rates overall, increased capacity for devices, improved power efficiency and in some cases longer reach. This router supports up to four simultaneous streams for additional capacity of multiple concurrent devices. It has four Ethernet ports on the back along with one Gigabit Ethernet port. Under the hood, it has a dual-core processor, a pair of amplified antennas, beamforming+, OFDMA, and supports Amazon Alexa voice controls. It also has an integrated USB port for creating cloud storage from a USB drive. Parental controls are baked in, and the device supports WPA2 wireless security protocols and has guest Wi-Fi access along with a VPN and firewall.

In other Netgear news, the company also debuted its Orbi Mesh Wi-Fi 6 routers back in September 2019.