Fans of Halo and Nerf guns have a reason to celebrate as the Nerf limited edition Needler goes up for pre-order on Amazon. So start practicing your aim, Spartans, as your time to pelt your enemies with Nerf darts is approaching.


Nerf has attempted to market Halo's Needler in the past. However, this time it has put together a package that may be more appealing to its consumers. The needles atop the gun light up as your hand grips the handle and go dark as you fire the weapon. Pretty cool stuff.
The rotating drum will house 10 Nerf darts to assail your opponents with as you battle for supremacy. It will also come with a Display Mode, which will light up while being housed on the supplied display stand. The Needler requires 6 AA batteries in order to fire the included darts and illuminate the needles and other areas of the weapon. 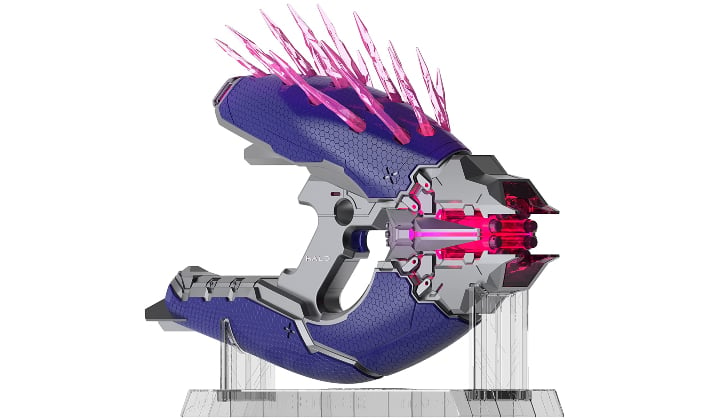 The package also includes a game card with in-game content. The card will have a code that can be used to unlock unknown Halo Infinite in-game content. Perhaps there will be an included Battle Royale mode where Spartans battle it out in a Nerf inspired arena and an array of Nerf guns (One can dream, right?). All of this will arrive on your door step in what is being advertised as "Premium Packaging".
You can pre-order your very own Nerf Needler on Amazon for $99.99 today. Whether you see yourself as part of the Covenant or the Banished, this version of the Needler will make for a very nice addition to any Halo collection.