Are you stuck in the house and absolutely going insane from dealing with family members, pets that are sick of you being at home instead of at work, and kids that at this point would rather be at school than at home? Well, the folks at NASA have quite a few "virtual" tours that you can partake in for a change of scenery during this COVID-19 pandemic. And as you might expect from NASA, these tours are out of this world.

We have a roundup below of some great 3D and virtual experiences that you can experience courtesy of NASA to help break up the monotony of life that many are experiencing right now:

Ever since the Space Shuttle was retired early in the last decade, the United States has been solely reliant on Russia to ferry astronauts to the International Space Station. However, NASA’s Commercial Crew Program will once again be using American hardware to put astronauts into orbit around the Earth and beyond courtesy of SpaceX and Boeing. NASA’s VR 360 Tour gives you a look behind the scenes at both the SpaceX Crew Dragon and the competing Boeing CST-100 Starliner. 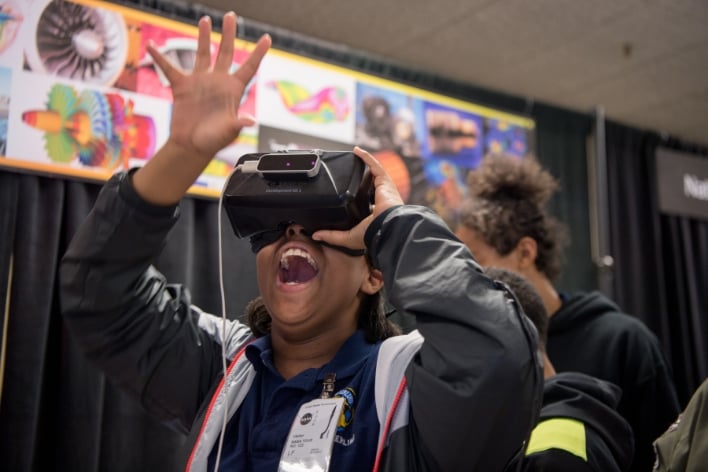 Suni Williams, who served as Expedition 33 Commander aboard the International Space Station, gives us a guided tour of the orbiting lab’s many modules. There are four videos in total, each lasting about 5 to 10 minutes in length. For those that have never set foot inside the ISS – so that means about 99.999% of us – it’s a fascinating look at what has become a home away from home for many. You can click here to view the four YouTube clips.

This is a neat way to virtually visit – in 360-degree freedom – planets outside of our solar system.  Some of the exoplanets that are available to explore include 55 Cancri e, Trappist-1e, Kepler-16b, and HD 40307g. You can visit all of all of these exoplanets and more by clicking the following link.

“Go for Flight” gives you a "static" 3D virtual tour of facilities at the NASA's Armstrong Flight Research Center, which is located at Edwards Air Force base near Lancaster, California. You'll be able to see a number of NASA research aircraft, including examples based on the Vought F-8 Crusader, Lockheed F-104 Starfighter and even the Lockheed SR-71 Blackbird. There's even a view inside a hanger that houses currently-flying NASA aircraft, and a look at the Mission Control Center.

NASA has a host of additional virtual tours that you can explore and even apps that you can download, which you can check out by visiting NASA at Home.