NASA's James Webb Space Telescope (JWST) has reached a major milestone and has fully deployed its gold-coated mirror. But the telescope is still not quite ready to begin beaming back images of the early Universe.

Since the Christmas day launch of JWST, NASA has been systematically bringing individual systems on-line, to prepare the JWST for its mission. Just before the end of 2021, the telescope completed the deployment of its right sunshield mid-boom, or arm, and took on its diamond shape in space. Two days ago, JWST unfolded the first of the hexagonal segments of the primary mirror, and yesterday unfolded the second. The segments had to be folded in a specific way in order to make the telescope fit into the cargo space aboard the Ariane 5 rocket that took it into space.

"Today, NASA achieved another engineering milestone decades in the making. While the journey is not complete, I join the Webb team in breathing a little easier and imagining the future breakthroughs bound to inspire the world," stated NASA Administrator Bill Nelson. "The James Webb Space Telescope is an unprecedented mission that is on the precipice of seeing the light from the first galaxies and discovering the mysteries of our universe. Each feat already achieved and future accomplishments is a testament to the thousands of innovators who poured their life's passion into this mission." 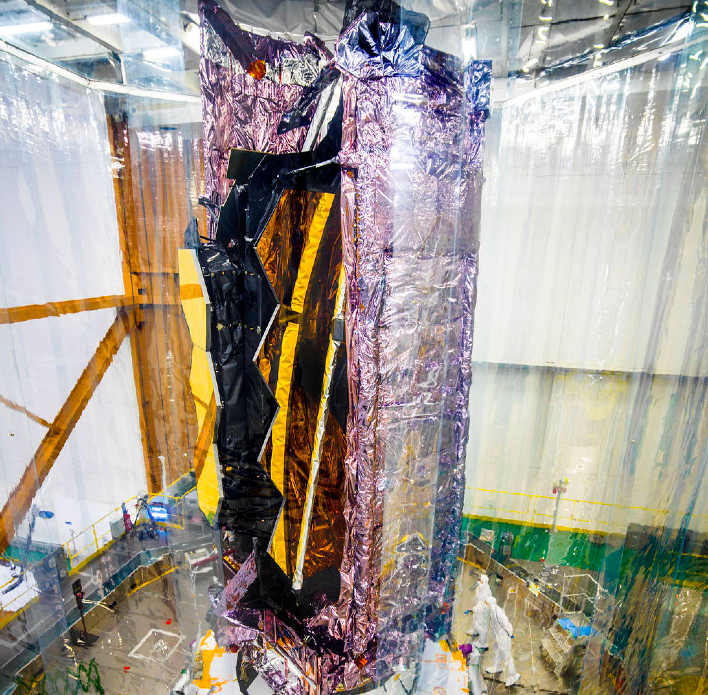 While the teams at NASA can breath a bit easier, there is still more to be done before the telescope will be able to capture the pictures everyone is waiting to see. The next step involves moving its 18 primary mirror segments to align the telescope optics. Ground teams will command 126 actuators on the backsides of the segments to flex each mirror. This step will take months to accomplish. After that, the team will begin calibrating the instrumentation prior to Webb delivering its first images.

There are also course correction burns that will need to take place in order to ensure JWST reaches its proper spot in space. Webb will undergo a third mid-course correction burn soon, the first of three that are planned to position the telescope correctly in orbit around the second Lagrange point, commonly known as L2. At this point the telescope will be approximately 1 million miles from Earth. Once JWST reaches this position, it will be in its final orbit and will be protected by the sunshield from light and heat from the Sun, Earth, and Moon.

Gregory L. Robinson, Webb program director at NASA Headquarters, said, "The successful completion of all the Webb Space Telescope's deployments is historic. This is the first time a NASA-led mission has ever attempted to complete a complex sequence to unfold an observatory in space, a remarkable feat for our team, NASA, and the world."

JWST was created and designed to effectively look back in time, some 13.5 billion years, and capture infrared light from some of the earliest celestial objects. It will do so in a much higher resolution than ever achieved before. The hope is that it will reveal secrets that up to this point have remained a mystery, potentially answering how the Universe came to be. It will seek to explore every phase of cosmic history, from within our own solar system and beyond as far as the eye of the telescope can see.

"Webb's successful deployment exemplifies the best of what NASA has to offer, the willingness to attempt bold and challenging things in the name of discoveries still unknown," stated Thomas Zurbuchen, associate administrator for the Science Mission Directorate in NASA Headquarters in Washington. The world awaits all of what Webb will reveal and the mysteries it will unlock.