NASA's Solar Dynamics Observatory captured an image of an intense solar flare on October 2, 2022. The solar flare was accompanied by a subset of extreme ultraviolet light that highlighted the hot material.

One of the flares that was emitted was so powerful that it may have caused a high-frequency radio blackout for around an hour on Sunday afternoon, according to the National Oceanic and Atmospheric Administration's Space Weather Prediction Center (SWPC). 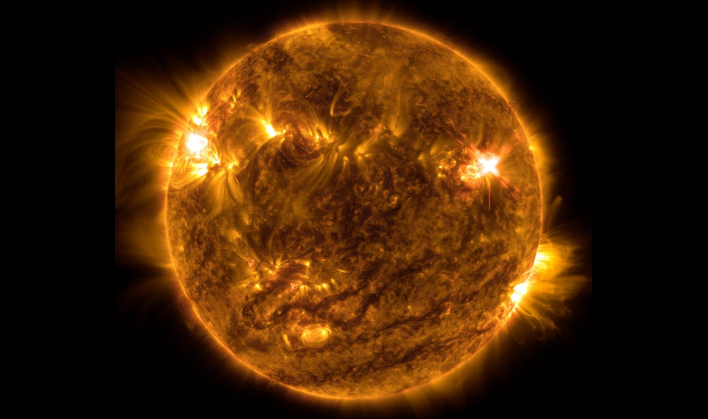 "These types of disturbances affect the aviation and global navigation satellite systems communities in the civil dominant," explained George Ho, a space physicist at Johns Hopkins Applied Physics Laboratory in an interview with Newsweek. "In addition, the military also relies heavily on high-frequency communication. It is reported that space weather disturbance may have caused communication blackout during Operation Anaconda (a military operation in Afghanistan in March of 2002).

Currently, the National Oceanic and Atmospheric Administration is predicting a G2, or a moderate geomagnetic storm, today. A storm of this magnitude has the possibility of causing high-latitude power systems to experience voltage alarms, with long-duration storms possibly causing transformer damage. For spacecraft in the path of one of these storms, corrective actions may need to be taken by ground control, due to possible changes in drag affect orbit predictions. Other systems that could be affected include HF radio propagation fading at higher altitudes, according the NOAA website.

If you are located in states such as New York and Wisconsin, you may have the opportunity to catch a glimpse of an aurora event due to the geomagnetic storm as well.