Close encounters of a third kind may not be as exciting as they sound. It was recently reported that two American defunct satellites in low Earth orbit could potentially crash into each other this evening. If this crash occurs it could result in hundreds of pieces of debris that could interfere with the paths of other satellites.

The NASA Infrared Astronomical Satellite (IRAS) and the United States Naval Research Lab’s Gravity Gradient Stabilization Experiment (GGSE-4) will fly by each other this evening. The two satellites will be between 43 feet to 285 feet around 6:39pm EST nearly 600 miles above Pittsburgh, Pennsylvania. Both satellites are traveling at around 32,000 mph.

There is a 1 in 1,000 chance that the satellites will collide. At first glance, the crash appears to be very unlikely. However, Dr. Jonathan McDowell, an astronomer at the Harvard-Smithsonian Center for Astrophysics remarked, “We start getting worried when it's 1 in 10,000, so 1 in 1,000 is unusual and it might actually be a lot worse than that.” 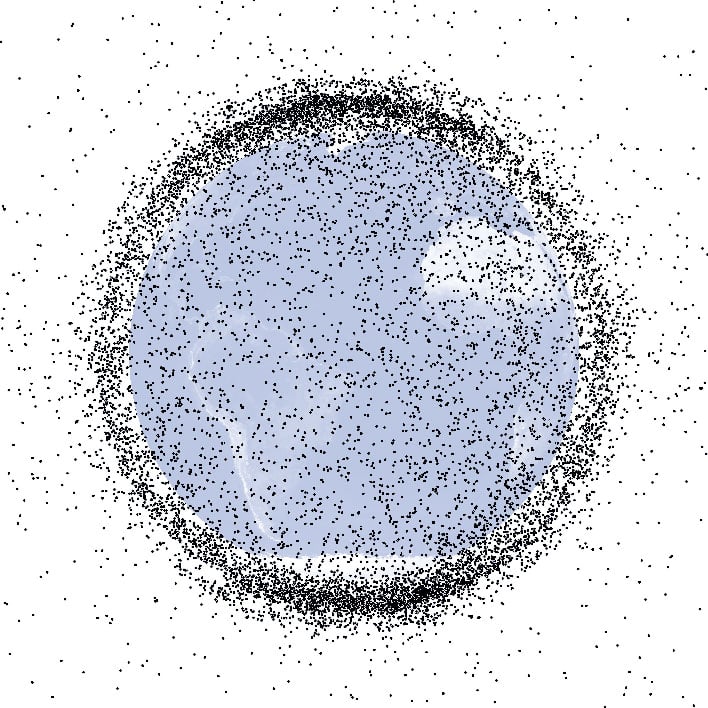 The GGSE-4 only weighs 190 lbs, but the IRAS weighs a whopping 2,400 lbs. Their collision would result in at least a few hundred pieces of debris that would remain in orbit. The debris could interfere with other, larger satellites that are still in commission.

NASA’s IRAS was originally launched on January 25, 1983 to survey the sky at infrared wavelengths. Its mission only lasted ten months, but during that time it was able to capture images of the Milky Way’s core and other interesting discoveries. The GGSE-4 was launched in 1967 and was part of a United States intelligence mission. Its mission included intercepting radar emissions from Soviet Union vessels. It was decommissioned in the 1970s and part of its mission was declassified in 2005.

Since both satellites are now defunct, there is no way to communicate with them. All anyone can do at this point is to wait and see. Many astronomers are concerned about the number of satellites in orbit. The number of collisions and amount of debris will likely increase as companies such as SpaceX continue to launch satellites into orbit. Dr. McDowell further stated that, “If we're going to allow this large number of satellites, then we have to require more investment in the tracking and the sort of traffic control of them.” Perhaps the threat of this collision will encourage government programs and companies to further analyze how to control their satellites once they are in orbit.