Starlight, star bright—NASA is searching for alien life on distant exoplanets. As humankind continues to ask the question, "Are we alone?," NASA continues to find ways to boldly go deeper into space to find out.

NASA is set to launch a sounding rocket today from White Sands Missile Range in New Mexico that will carry instrumentation to gather data about how starlight affects the atmospheres of exoplanets. This is part of the Suborbital Imaging Spectrograph for Transition region Irradiance from Nearby Exoplanet host stars, or more simply SISTINE-2, mission. It says the information it hopes to gather is key in the search for extraterrestrial life outside of our solar system.

Without the ability to travel to exoplanets that orbit other stars, or telescopes powerful enough to see their surfaces, SISTINE offers the best chance at collecting the type of data needed in determining if life can exist on those planets. It aims to study ultraviolet radiation environment around low mass stars and the effects of that UV on other exoplanet atmospheres around it. 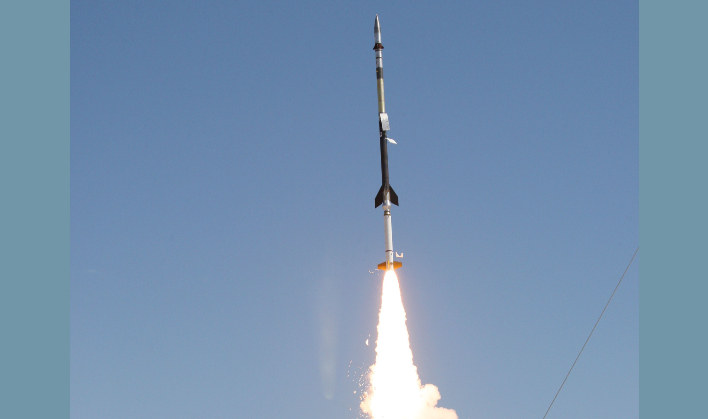 The SISTINE-2 mission will be targeting Procyan A., the the brightest star in the constellation Canis Minor, and is located 11.5 light-years from Earth. The F-type star is slightly larger and brighter than our own sun and does not have any planets orbiting it. However, NASA and other scientists believe that studying Procyan A can give valuable information and data on other F-type stars and exoplanets in the universe.


Kevin France, an astrophysicist at the University of Colorado Boulder and principal investigator for the mission says, "Knowing the ultraviolet spectra of these stars will help us find the most promising star-planet environments with future NASA observations."

SISTINE-2 is made up of a telescope and an instrument know as a spectrograph. A spectrograph is designed to break light into separate colors. The data collected by SISTINE-2 will be combined with existing data observations of X-ray, extreme ultraviolet, and visible light from other F-type stars. All of this will hopefully create a reference spectrum that will enable astronomers to interpret biomarkers on exoplanets orbiting F-type stars.
As in the previous SISTINE flight in 2019, the instrumentation will launch on a sounding rocket. This suborbital rocket will make its own brief observations in space before descending back to Earth. Following it will be the instrumentation itself, which will record ultraviolet light otherwise absorbed by Earth's atmosphere for about 5 minutes. Then it too will descend back to Earth by parachute for recovery and future re-use.

NASA hopes for a quick turnaround, as it wants to launch SISTINE once again in July, 2022. This launch is set to happen from the Arnhem Space Center in Nhulunbuy, Australia. This launch will take aim at observing Alpha Centarui A and B, G- and K-type stars.

Only time will tell whether we find signs of life beyond our own solar system, or if extraterrestrial life finds us first. But while we await an answer, NASA continues to search for new ways to go beyond what is currently available.