Four retired telescopes are proving being old does not mean being useless, as they produce some breathtaking photos of neighboring galaxies. The new images are from data collected from the European Space Agency (ESA) and NASA missions showcasing the gas and dust that fill the space between stars.


The dust created by dying stars has a consistency similar to smoke, and is one of the materials that helps form new stars. Nearly half of all the starlight in the universe is absorbed by dust, with many of the heavy chemical elements essential to forming new planet's, such as Earth, locked up in dust grains in space. Because of this, it is an important role in understanding our universe, according to a recent post on NASA's website. 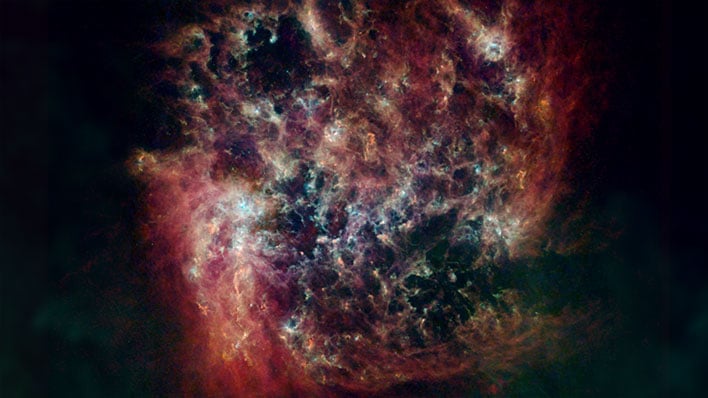 With so much attention being given to the upcoming imagery from the James Webb Space Telescope (JWST) and other telescopes such as Hubble, it would be easy to forget about those that have since been retired. But some at ESA and NASA have not forgotten about the still powerful and useful abilities of at least four older telescopes. In fact, the recent observations were made possible through the work of ESA's Herschel Space Observatory, which operated from 2009 to 2013.

Herschel has the ability to produce images of interstellar dust in high-resolution views of fine detail. This helps to reveal intricate substructures within these clouds of dust. However, Herschel was incapable of detecting light from clouds that are more spread out and diffused. This meant that it missed up to 30% of all the light given off by dust. In order to overcome this, researchers combined data from three other missions: ESA's retired Planck observatory, and two of NASA's retired missions, the Infrared Astronomical Satellite (IRAS) and Cosmic Background Explorer (COBE). 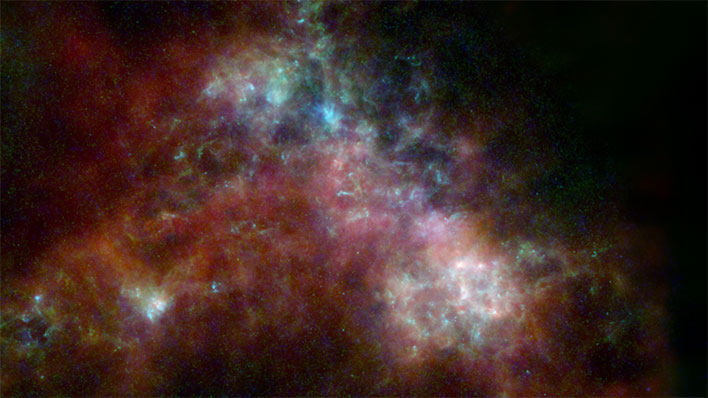 By combining all four, the two agencies were able to produce new images of the Andromeda galaxy, the Triangulum galaxy, and the Large and Small Magellanic Clouds (dwarf galaxies orbiting the Milky Way). All four of these galaxies are within 3 million light-years of Earth.

When observing the images, red indicates hydrogen gas, which is also the most common element in the universe. The red tail of the Large Magellanic Cloud that comes off the bottom left of the galaxy, was most likely created when it collided with the Small Magellanic Cloud around 100 million years ago. The green light around the edges of the bubbles, which indicate where new stars are forming, indicates the presence of cold dust that has accumulated due to the winds from those newborn stars. 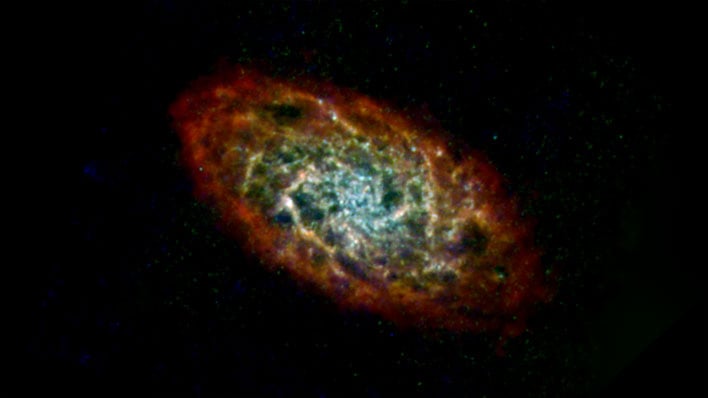 Heavy elements, such as carbon, oxygen, and iron, can get stuck to dust grains. This can also change the way dust absorbs starlight, which in turn affects what astronomers see from events such as star formation. Those who study interstellar space want a better understanding of the ongoing cycle that is created from these events. The images from Herschel indicate the dust-to-gas ratio can vary within a single galaxy by up to a factor of 20, which is far more than previously thought.

"These improved Herschel images show us that the dust 'ecosystems' in these galaxies are very dynamic," stated Christopher Clark, an astronomer at the Space Science Telescope Institute in Baltimore, Maryland, who led the work to create the new images.