Virgin Galactic and Blue Origin have received a lot of attention lately in the media. Both companies are incredibly focused on space tourism and have successfully made their first flights. However, several other companies continue to collaborate with NASA and similar agencies. Boeing in particular has been working on reusable capsules that can transport astronauts to the International Space Station (ISS). Boeing’s CST-100 Starliner spacecraft and the United Launch Alliance (ULA) Atlas V rocket will launch today at 1:20 p.m. ET. Their destination is the ISS.

The Starliner spacecraft and Atlas V rocket will launch from Space Launch Complex-41 at the Kennedy Space Station in Cape Canaveral, Florida. This flight is a test mission called “Orbital Flight Test 2” and will not include any crew members. The capsule will instead have 400 pounds of crew supplies and cargo. The plan is for the capsule to dock at the ISS for ten days. NASA astronauts aboard the ISS will conduct several tests while the capsule is docked. The capsule will then hopefully return to Earth and land in New Mexico via a parachute. NASA has stated, “OFT-2 will provide valuable data that will help NASA certify Boeing's crew transportation system to carry astronauts to and from the space station.” 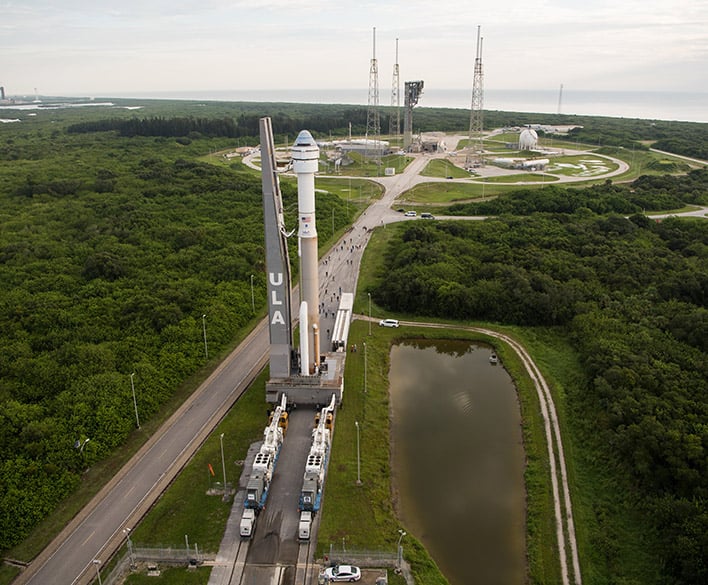 The launch was originally supposed to occur on July 29th. However, the spacecraft and rocket were rolled back to the ULA Vertical Integration Facility (VIF) due to poor weather and issues with the Russian ISS module thrusters. The weather should be good today but they will still need to watch out for the potential of cumulus cloud rule, lightning rule, and thick cloud rule violations.

This is the Starliner’s second test flight. The first test fight occurred in 2019 and was a disaster for Boeing. The spacecraft was unable to reach orbit after an autonomous flight-control system misfired. There were thankfully no crew members aboard and Boeing took the opportunity to practice correcting Starliner's trajectory during the test.

**Update as of August 3rd at 1:09pm: Launch has been postponed due to a technical issue. Next launch window is Wednesday, August 4th at 12:57PM ET.**