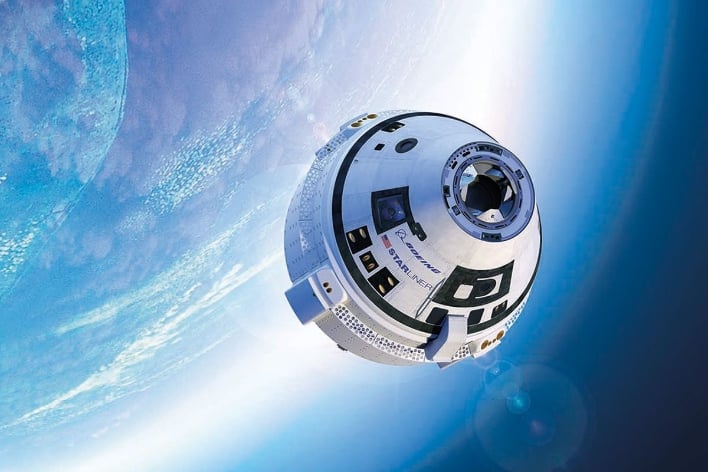 Things haven't gone well for Boeing and its CST-100 Starliner spacecraft that might one day ferry American astronauts to the International Space Station (ISS). Starliner was conducted one of the final key tests before it will be allowed to launch astronauts, and the test failed. This flight was uncrewed, so no humans were ever in danger. Reports indicate that the autonomous flight-control system misfired shortly after separating from its launch vehicle, placing Starliner into the wrong orbit.

Starliner was set to deliver cargo to the ISS and then return safely to Earth. NASA administrator Jim Bridenstine said that when the spacecraft separated from the launch vehicle, it didn't initiate the burn that was required. NASA has funded Boeing with $5 billion to develop Starliner, a space capsule that is meant to carry up to five astronauts.

Since the failed orbital insertion, Boeing has said that it was able to partially correct Starliner's trajectory in space, getting the vehicle into a stable orbit around the Earth. Engineers are currently assessing options that remain for the mission. Boeing and NASA say that if astronauts had been on board Starliner, they believe that they would have be safe.

Boeing believes that it will be able to test many of the Starliner systems while the capsule is in space despite its obvious orbital failure. Boeing said that there was "probably" an opportunity to practice spacecraft guidance and control. NASA plans to land Starliner "in the coming days" in New Mexico at the White Sands military facility. As for the root cause of the issue, Bridenstine says that it appears the mission elapse timing system had an error. Basically, the spacecraft unnecessarily tried to maintain very precise vehicle control that is not required, and hence burned a lot of fuel.