Samples that were collected from the Japanese Hayabusa2 mission were received just over one year ago back here on Earth. Scientists have been busy trying to unlock some mysteries to the origin of our Solar System ever since.

Space agencies and scientists have been searching for clues to unlock the origin story of our Solar System for quite some time. NASA is preparing to launch its James Webb Space Telescope (JWST) later this week in hopes of being able to unlock some of those mysteries. NASA has also sent a spacecraft to crash into an asteroid in an attempt to learn how to avert a doomsday event here on Earth. However, scientists have been privy to some samples collected from asteroid Ryugu for the last year, and now some of the early findings have been published in a paper posted on Nature Astronomy today that included two separate studies.

The Japanese led Hayabusa2 mission launched all the way back on December 4, 2014 from Tanegashima Space Center in Tanegashima, Japan. It then arrived at asteroid Ryugu nearly four years later on June 27, 2018. On February 22, 2019 it fired a copper "bullet" into the asteroid creating a 33-foot wide impact crater. After the MASCOT lander was deployed and landed on the space rock, it deployed several rovers to gather samples from the crater on Ryugu. Then on November 13, 2019 it departed from the asteroid with the collected samples and finally dropped off those samples back to Earth on December 6, 2020 as it flew by.

The samples that were brought back from Ryugu were the first ever material to be returned to Earth from a carbon-rich asteroid. Scientists believe that asteroids like Ryugu contain answers to how our universe was formed. They also think that these samples could hold clues as to the origin of the building blocks of life.

Ryugu itself is an asteroid that is approximately 3,000 feet (1 kilometer) wide, and has a diamond shape. It belongs to a class of asteroids called carbonaceous, or C-type asteroids. These types of asteroids are typically rich in water, carbon, and organic compounds that originated when the solar system formed. This leads some scientists to believe that bits of a C-type asteroid crashed into Earth as meteorites and delivered the raw ingredients of life to our planet in the early days of our solar system.

While scientists knew that the C-type asteroid was dark, it was not until they received the samples back that they realized how dark. The samples only reflect about 2% of the light that hits it, according to the study that was published earlier today. Scientists were also pleased to find that 5.4 grams of samples had been collected from Ryugu, which was much more than they were anticipating according to lead study author and associate senior researcher at the Japan Aerospace Exploration Agency's Institute of Space and Astronautical Science, Toru Yada.

Part of the samples from Ryugu were shared with teams at NASA. Lori Glaze, Planetary Science Division director at NASA Headquarters stated, "This is an exciting opportunity to amplify science return through international cooperation. The collaboration will help both countries get the most out of their returns and share the responsibility of sample curation independently crosscheck results." 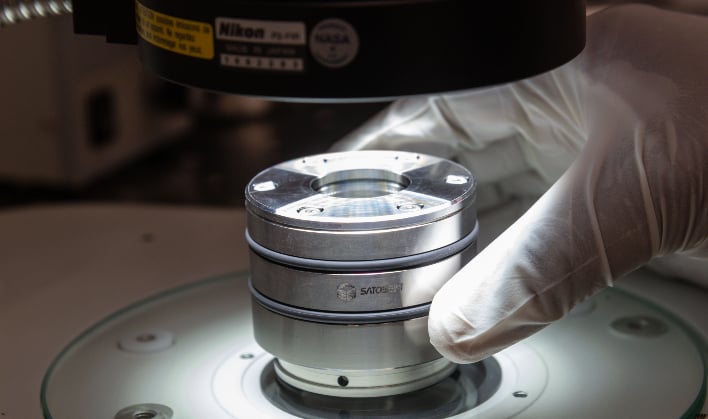 The samples from Ryugu have provided some information that scientists were not expecting. Along with it being darker than thought, the density of the samples is also much lower than that of any other meteorites that have been studied. This does coordinate with the thought that the asteroid is simply a small pile of rubble of fragments held together by gravity.

Cedric Pilorget, lead author of the second study and associate professor at the University Paris-Saclay's Institut d'Astophysique Spatiale in France, added via an email shared by CNN, "Some of these material properties are close to those of the carbonacious chrondites that we have in our collections, while some were clearly distinct, which is quite exciting. These samples, thus, constitute a uniquely precious collection, which may contribute to revisiting the paradigms of our Solar System origin and evolution."

As scientists continue to explore what the samples from Ryugu may hold, another mission is currently on its way back from another asteroid, Bennu, after NASA's OSIRIS-REx mission procured samples in October of 2020. Those samples are scheduled to be back to Earth in September 2023. Yada said about those samples, "We would like to compare Ryugu samples with Bennu samples to see what is similar and what is different between them."

It will definitely be interesting to see what differences there are between the two asteroid samples and what questions each may be able to provide an answer for. With so many missions and new information coming in on what seems like a daily basis anymore, one can be hopeful that many of the unanswered questions about how our universe came to be will be answered in the near future.