Intel today formally introduced its 11th Generation Tiger Lake-H Core processor lineup, and right on cue, its hardware partners have begun announcing new laptops based Intel's latest silicon. That includes MSI, which just unveiled over four dozen new models aimed at creators and gamers, all built around Tiger Lake-H and NVIDIA's GeForce RTX 30 series.
MSI's Creator series is where "tech meets aesthetic," and to that end, it introduced a pair of stylish 16-inch Creator Z models, both with a 120Hz display and touch support. Pricing starts at $2,599 for a Core i7-11800H CPU, GeForce RTX 3060 GPU, 32GB of RAM, and 1TB of NVMe SSD storage. And at the $2,999 price point, you get an upgrade to a Core i9-11900H CPU and double the storage.
The 16:10 aspect ratio is selling point for creators and digital artists, who can make use of the added space at the top and bottom. And then the rest of the configuration is decidedly high-end, with gobs of RAM and a decent amount of high-speed storage.
MSI also announced the Creator M16 for buyers will less coin to drop on a laptop. Presumably, anyway—there's no MSRP mentioned, but it sports toned down configuration options with GeForce RTX 3050 and GeForce RTX 3050 Ti GPUs to choose from, and Core i7 CPUs. And then there's the Creator 17, a larger size 17.3-inch laptop with a 4K resolution mini LED display. This one is powered by up to the fastest on tap from Intel and NVIDiA, including up to a GeForce RTX 3080. 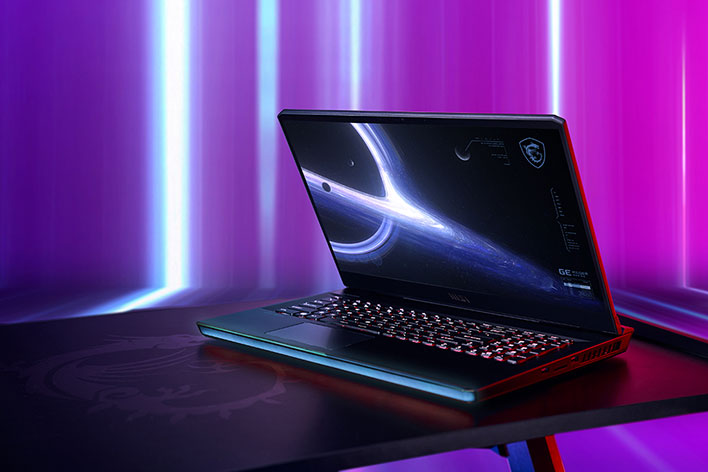 For gamers and enthusiasts, MSI spruced up several of its laptop lines, like the Raider shown above. Pricing for the 15.6-inch Raider GE66 starts at $2,299, while the 17.3-inch Raider GE76 keeps things a little more affordable at the lower end, starting at $1,499.
High refresh rates are the name of the day. For the QHD models, the GE66 is offered with a 144Hz or 240Hz refresh rate (there's also a 4K resolution display, undoubtedly at 60Hz). Meanwhile, the GE76 is offered in 144Hz and 360Hz refresh rates. If you want a 360Hz, pricing starts at $2,249.
All of the Raider laptops have been infused with Tiger Lake-H, with two processor options: Core i7-11800H and Core i9-11980HK. And for graphics, just one model sports a GeForce RTX 3060, while all the others have either a GeForce RTX 3070 or GeForce RTX 3080. In other words, these are configured to deliver big performance to gamers. 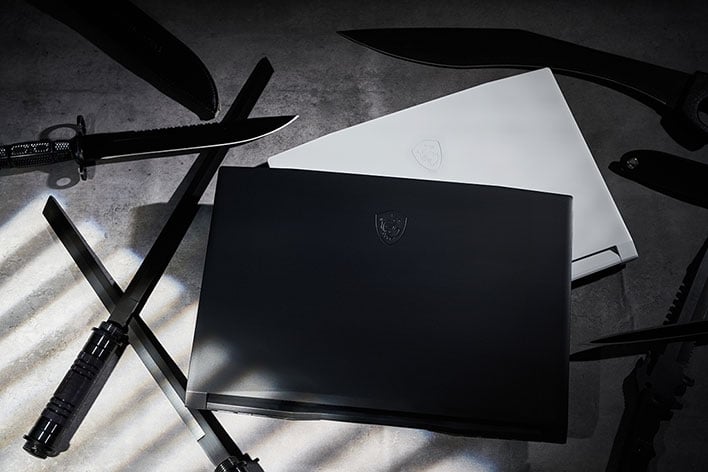 MSI also refreshed its Stealth, Leopard, Pulse, and Crosshair models, of which there are far too many to cover (I count a total of 55 new configurations across the board). However, it's worth pointing out a couple of new product lines, the Sword 17/15 and Katana GF76/66.
"Inspired by the swift power of the Sword and Katana, the image of the brand-new Sword and Katana GF series is designed by famed Japanese illustrator Tsuyoshi Nagano, noted for his work in the 'Romance of the Three Kingdoms' video game series," MSI explains.
These are among the more affordable of the bunch, with prices ranging from $999 to $1,449. They're available in 15.6-inch and 17.3-inch form factors, all of which have a 144Hz refresh rate. Most of them also sport a Core i7-11800H processor, though one model drops down to a Core i5-11400H. And for graphics, we're looking at GeForce RTX 3050, 3050 Ti, and 3060 options.
All in all, it's a well rounded Tiger Lake-H laptop lineup that hits a bunch of a price points. MSI is attempting to cover all of its bases with 55 new configurations, and that's just the tip of the iceberg, apparently—MSI says it will introduce even more models later this month and in June.